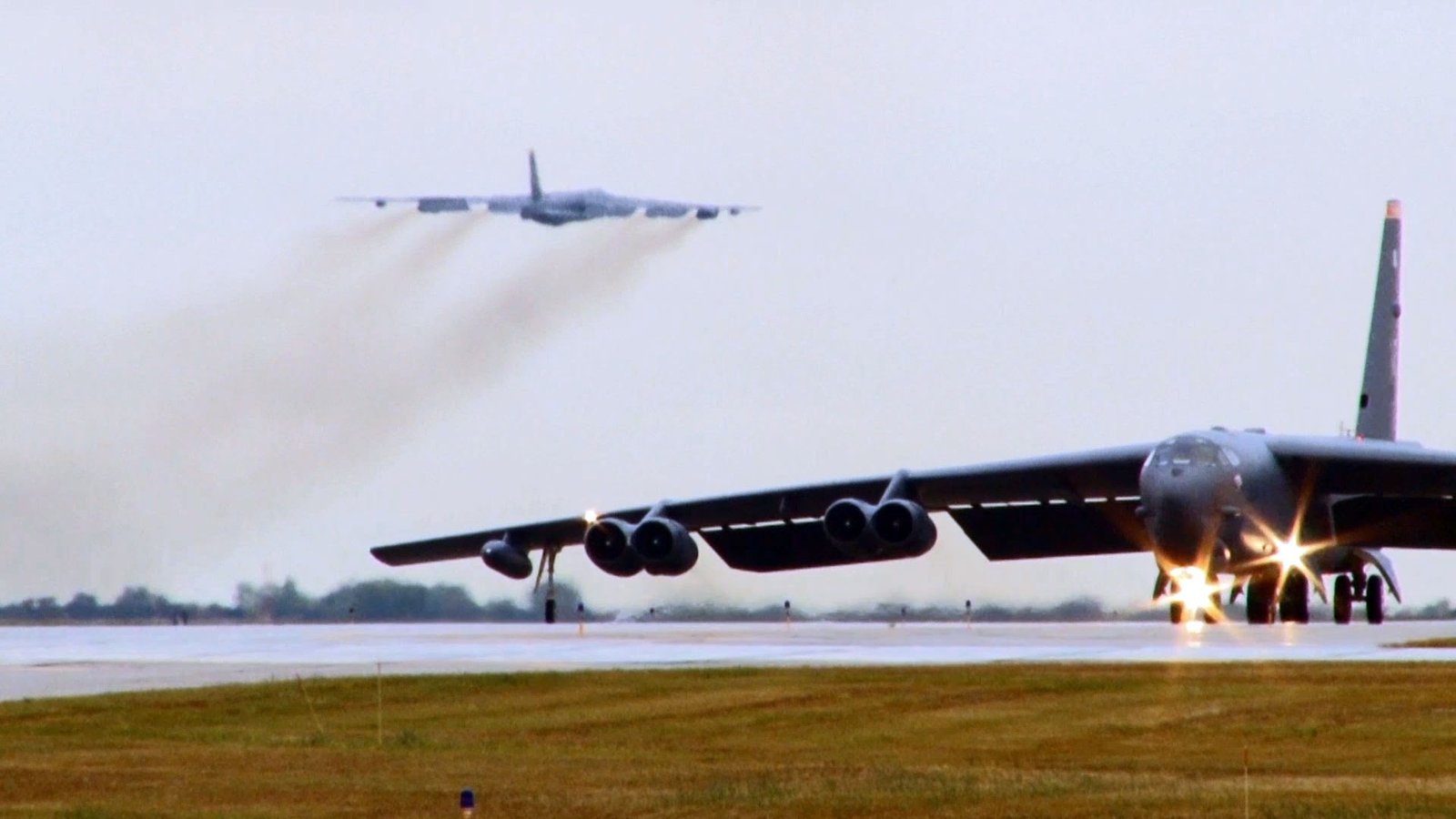 An engine dropped out of a B-52 bomber during a training flight on Wednesday, the Air Force has confirmed.

A B-52 bomber on a training flight near Minot Air Force Base in North Dakota lost one of eight Pratt & Whitney TF33-P-3/103 turbofan engines mid-fligh.

The crew declared an in-flight emergency when the pilot discovered that an engine departed the aircraft and were able to land the aircraft safely without any injury to the five personnel on board.

An Air Force helicopter sent to recover the wreckage “located possible engine debris” in an unpopulated area about 25 nautical miles northeast of the base, Air Force officials added.

Officials said that there was no threat to public safety and that an investigation has been started.