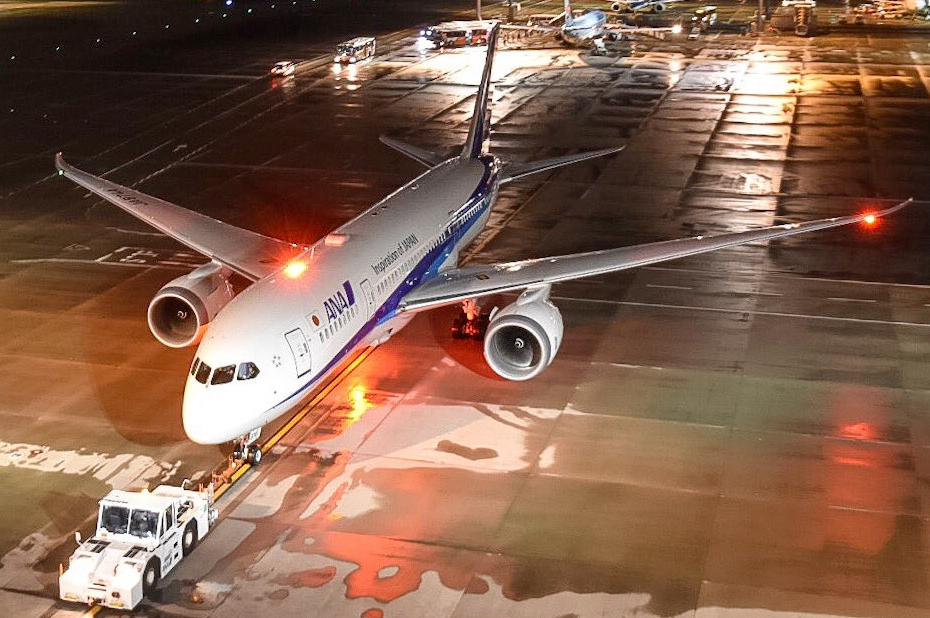 Departure under rain from Tokyo Haneda of flight #NH842 @tmnr815/Twitter

All Nippon Airlines flight #NH843 from Tokyo (HND) to Singapore (SIN) diverted to the island of Okinawa.

The Boeing 787-8(reg. JA874A) suffered a cracked windshield on the pilot side shortly after departure and made an emergency landing at Naha airport, on the Island of Okinawa during the middle of the night.

Passengers are waiting for a spare aircraft which is planned to arrive during the afternoon.