ALERT Antonov An-2 plane crashes outside Moscow in front of spectators, killing 2 on board 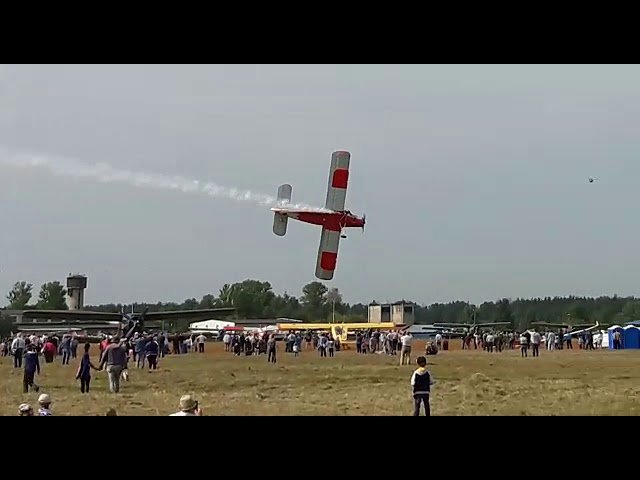 A small plane crashed during a flight demonstration near Moscow, plunging in front of a crowd of spectators, footage of the incident shows. The two people on board were killed in the crash, but nobody was hurt on the ground.

Footage of the incident published online shows the An-2 trying to make a left turn and crashing into the ground. The plane then exploded in a bust of fire and black smoke.

The Antonov An-2 plane was taking part in an event in the area of Balashikha, Moscow Region dedicated to the 70th anniversary of the model.

Local police say the two people were killed in the incident, adding that an investigation into the cause of the crash is under way.