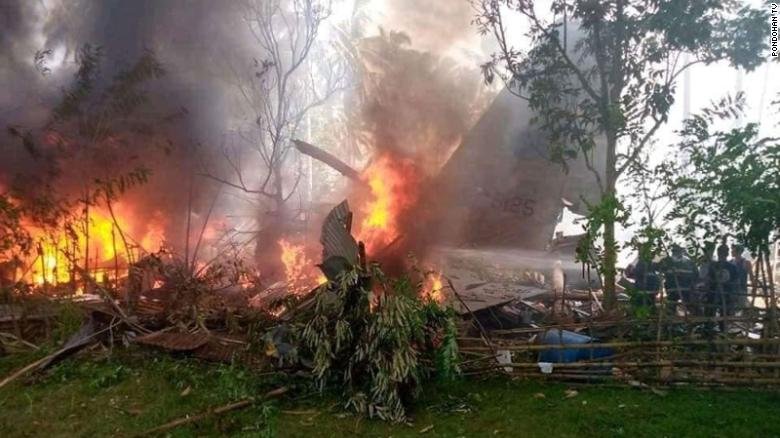 A Philippine Air Force Lockheed C-130H Hercules transporting troops crashed and caught fire in the Sulu province after missing the runway while trying to land.

The C-130H transport aircraft was transporting 84 soldiers from Cagayan de Oro-Lumbia Airport, in Mindanao, to Jolo Airport in Sulu province. A total of 92 people, including three pilots and five crew members, were on board the aircraft.

According to officials, in addition to the soldiers and crew members, five military vehicles were also being transported to Jolo Airport. The military aircraft crashed at 11:30 local time on Sunday.

Defence Minister Delfin Lorenzana said that 40 people had been rescued, and they’re being treated at a military hospital.

“We are doing our best to rescue the passengers; our ground commanders are already there,” said General Cirilito Sobejana, the head of the Philippine armed forces.