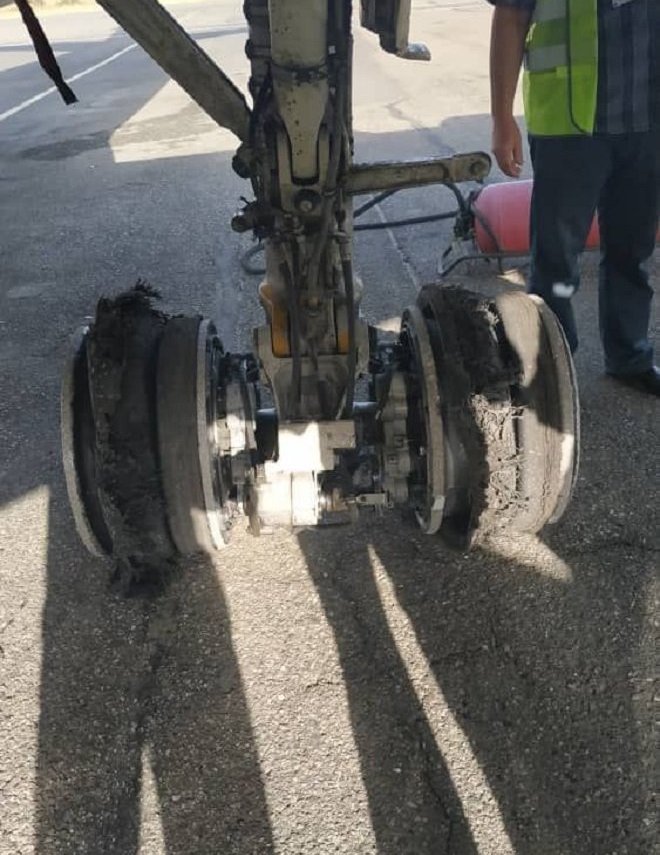 The Boeing 737-300 from Moscow DME suffered tires burst on landing at Osh Airport, province of Kyrgyzstan.

Two tires of the left main gear burst when the aircraft landed.