ALERT Batik Air A320 flight #ID6155 skidded off runway while it was turning for takeoff from Manokwari, Papua, Indonesia 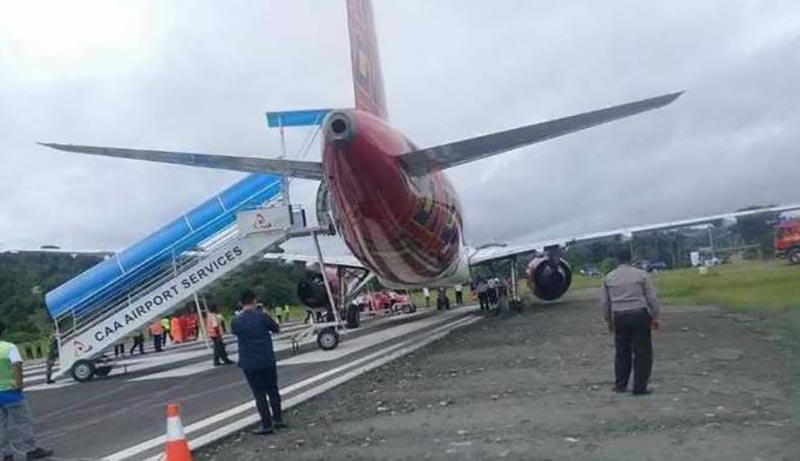 The Airbus A320 from Lion Air Group’s airline slipped off the runway as it took off for Sorong, Papua.

According to Head of Public Relations of Papua Police, AKBP Harry Supriyono, the plane slipped while it was doing a 180° turn into the runway. 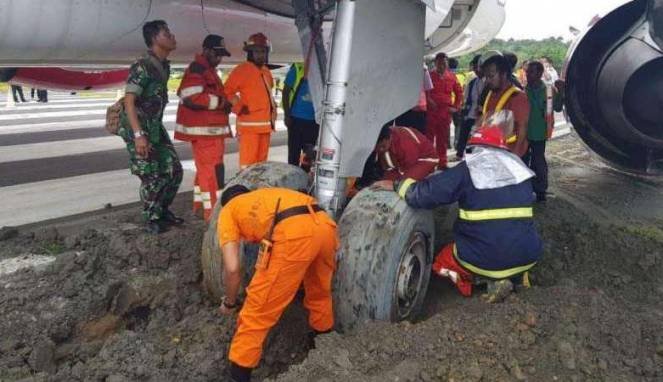 To evacuate the plane, the aviation safety authority of Rendani Airport plans to dig the ground around the plane’s wheels and install the iron plate for the runway.