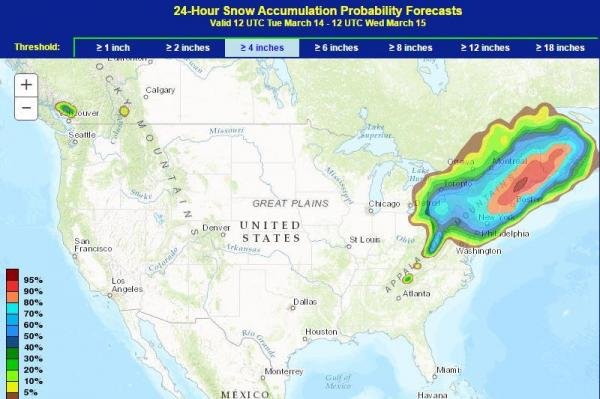 Weather forecasters have put the US East Coast from New York City to Boston on a blizzard watch, warning of the potential for 30 to 45cm of snow and wind blasts in some areas.

New York City issued a snow alert for Monday night, preparing its fleet of snow plows, as some 50 million people up and down the Eastern Seaboard came under winter storm or blizzard watches.

The agency warned that the New York area could receive from 12 inches to 18 inches of snow.

The NWS said strong winds gusting 40-50 mph might cause blizzard conditions along portions of coastal New England. Boston is expected to receive up to 16 inches of snow by Wednesday.