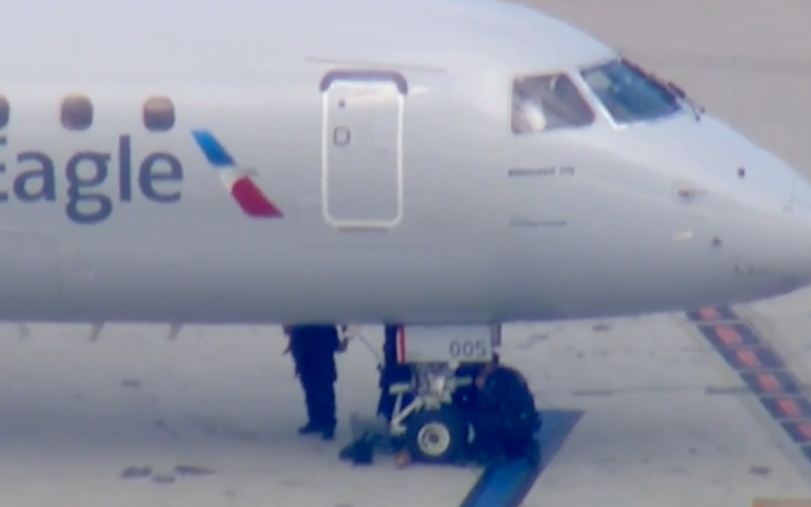 The American Eagle flight AA5931 from Houston has been grounded on the tarmac of Lax after phoned-in bomb threat.

The airport got a TSA notification of a phone threat made to a call center in Houston regarding the plane, said Officer Rob Pedregon, with the LAX police department. Security staff responded to the alert shortly after 8.30am on Tuesday morning (local time).

The 67 passengers and four crew members were evacuated from the jet and checked at around 9.35am.