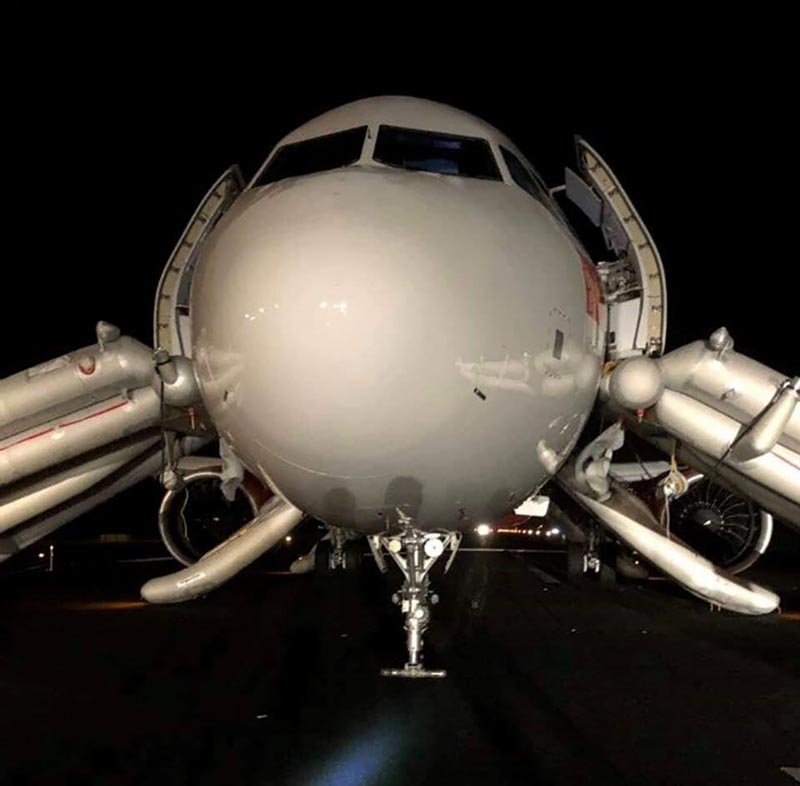 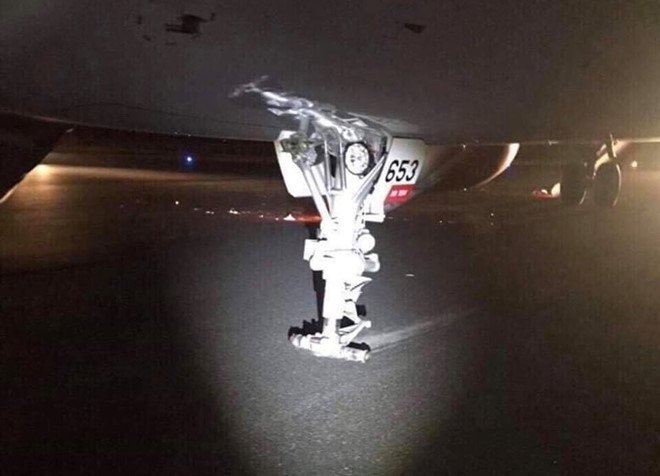 The both wheels of the nose gear separated from the aircraft after a hard landing. 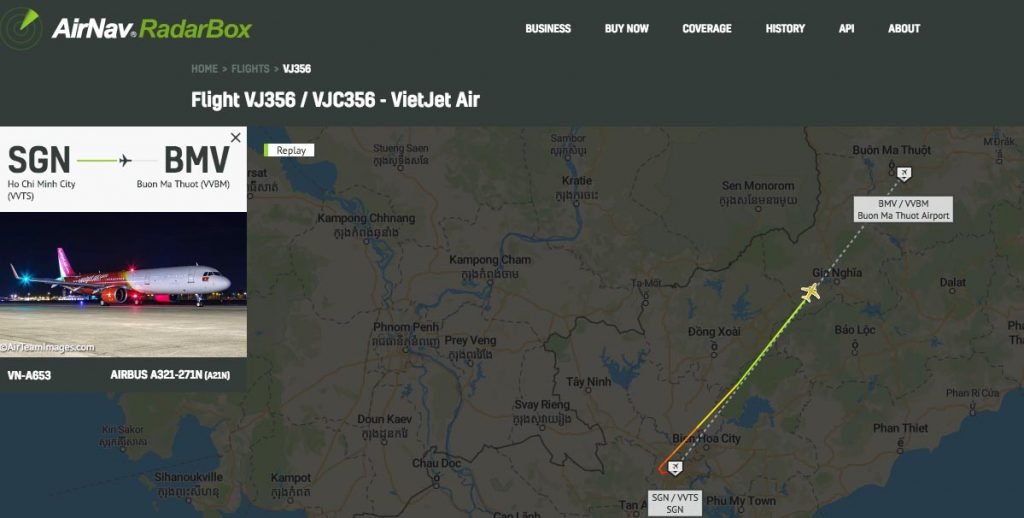 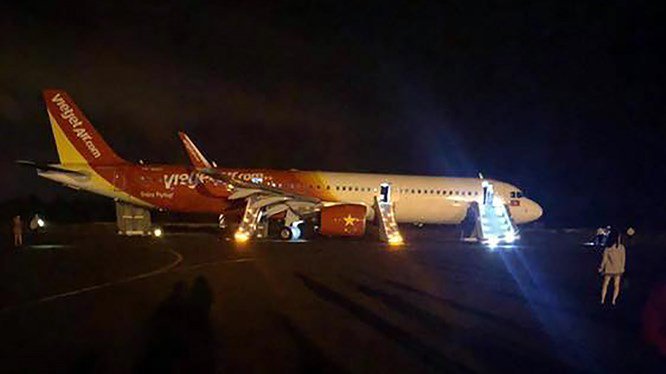 After landing, passengers were evacuated via emergency slides after. Six passengers did receive injuries during the evacuation and were taken to hospitals.