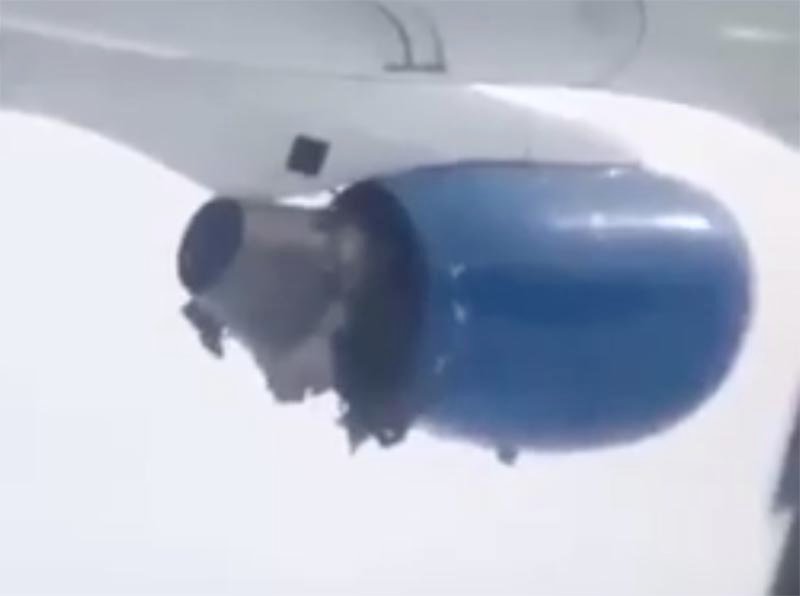 A passenger jet was forced to carry out an emergency landing after one of its engines exploded just half an hour after takeoff.

The Tez Jet airline British Aerospace RJ-85 returned to Manas International Airport in the capital of the ex-Soviet state of Kyrgyzstan after the alarming incident.

In footage, part of the broken engine is seen hanging loose and there were claims smoke had been seen by worried passengers soon after take off from Bishkek.