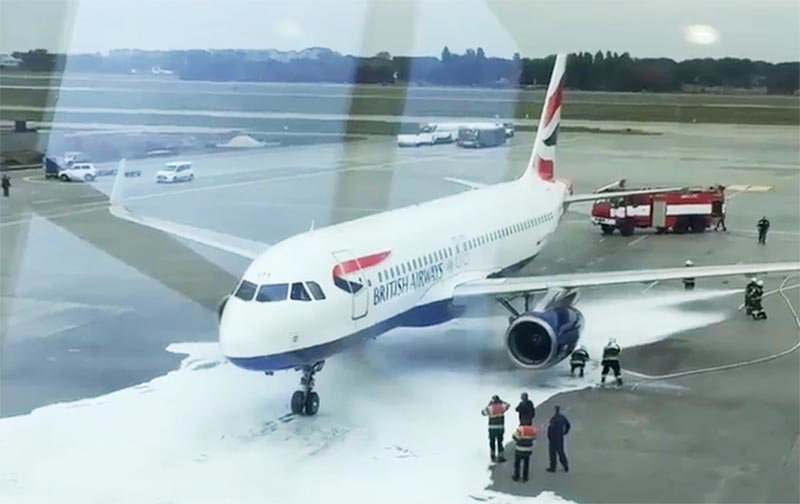 Two fire engines were scrambled on to the tarmac at Kiev Airport this morning to deal with the incident after the flight#BA882 from Heathrow landed in the Ukrainian capital early in afternoon.

A video was posted by Damian De C‏ @dboxxer on Twitter is showing British Airways A320 surrounded by foam, fire fighters and fire engines still hosing down the aircraft.

The aircraft (reg. G-EUYY) flight was due to conduct a swift turnaround and head back to Heathrow when the brakes overheated and the emergency crews were called out.

The return flight #BA883 is cancelled. 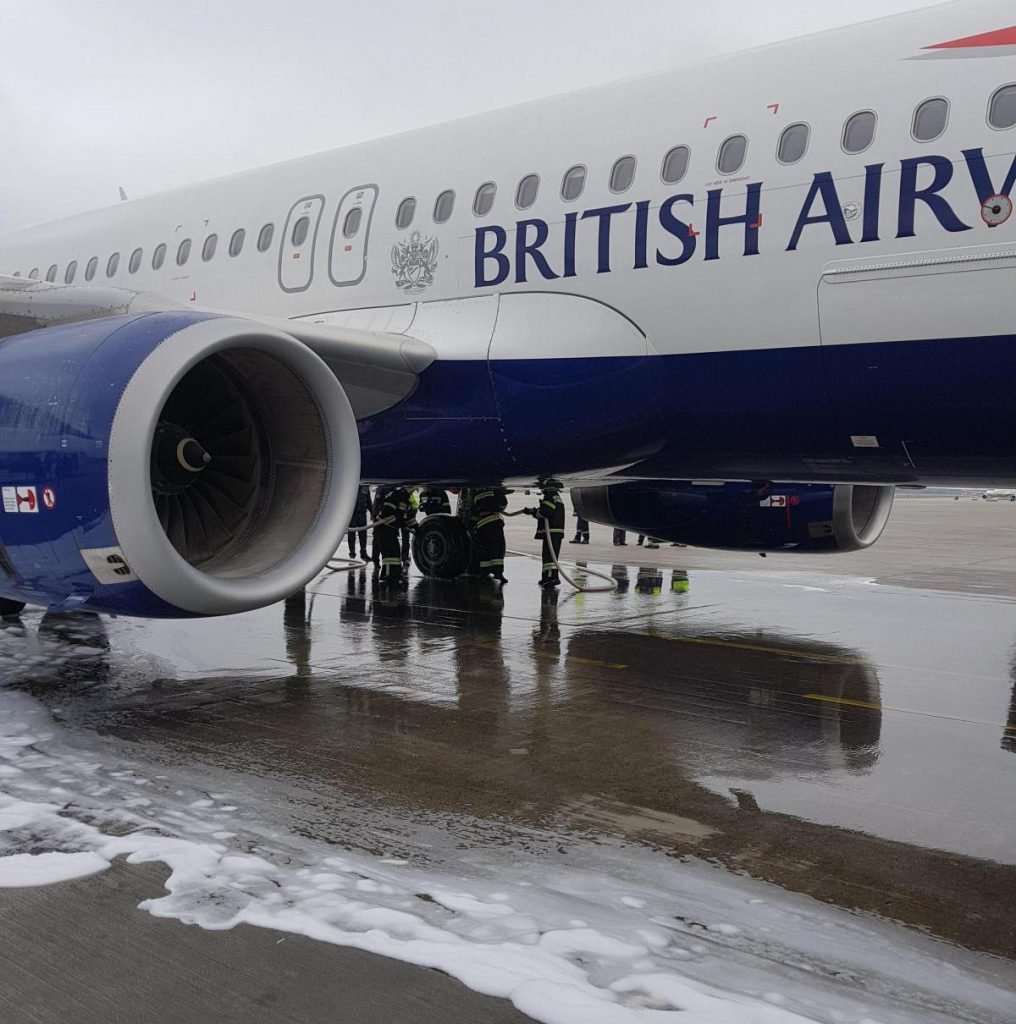 “Our flight landed normally and customers disembarked as usual. The safety of our customers and crew is always our priority, and the fire service was asked to attend the aircraft after one of its brakes overheated.”