British Airways flight to New York JFK diverted to Shannon after indication of fire at the rear of the aircraft.

British Airways flight #BA179 from London Heathrow to New York JFK declared Pan Pan to  ATC reporting an indication of fire at the rear of the Boeing 777-300ER. 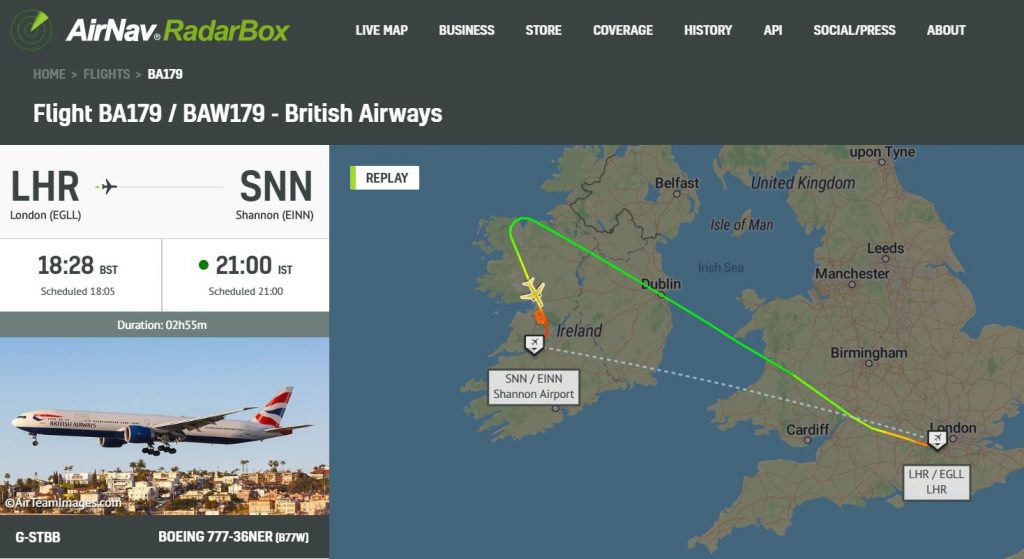 The aircraft (reg. G-STBB) turned back over Ireland and diverted to Shannon.

Thanks to Airport webcams