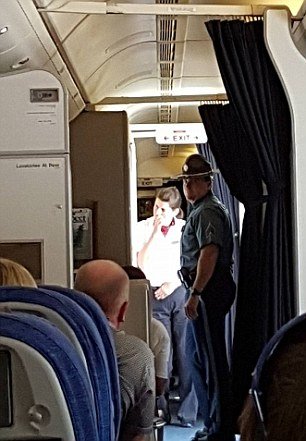 A British Airways flight from London to Orlando was forced to make an emergency landing in Boston after a ‘drunken passenger’ tried to get off the plane in mid-air.

Eyewitnesses claim the man began to wander around the Boeing 777 before asking cabin crew if he could get off the plane after it departed Gatwick Airport last night.

Air stewards had to keep him seated and the pilot even went down to speak to him, before deciding to divert the Florida-bound BA2039 flight to Boston, Massachusetts.