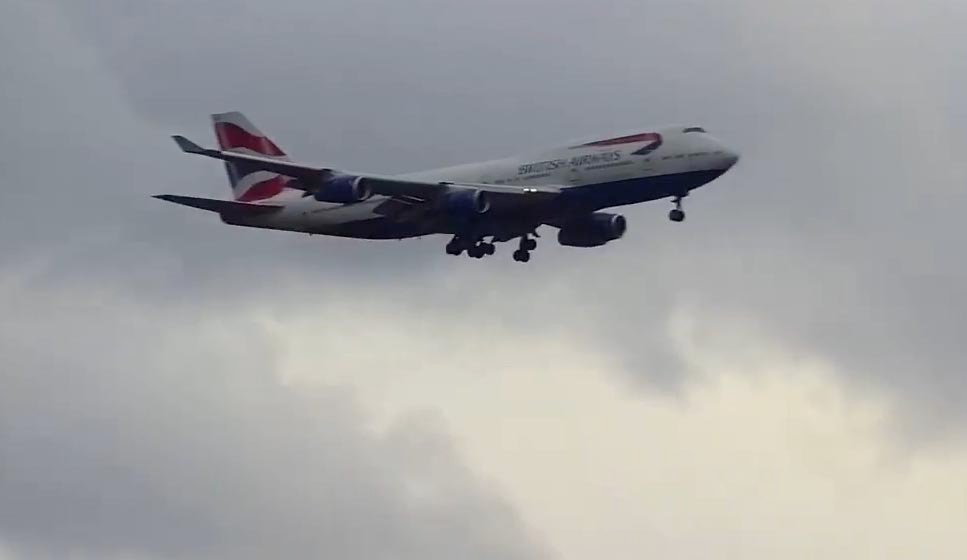 British Airways flight #BA65 to Nairobi took off one hour late on schedule at 11:20 (local time) from London Heathrow but pilots noticed the landing gear could not retract.

The Boeing 747-400 circled over the Kent then headed to The Channel to dump fuel and reduce weight for a safe landing.