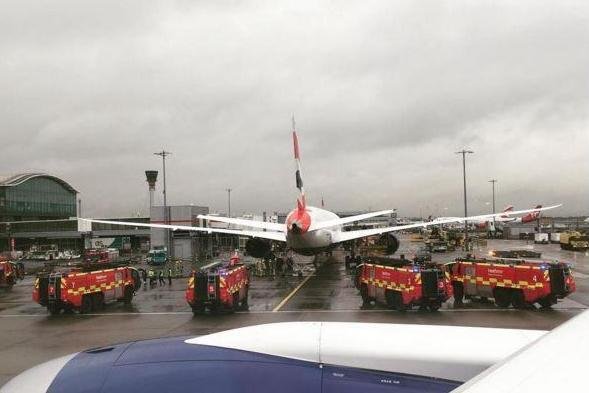 Firefighters were called to Heathrow Airport after a burning smell was reported on a British Airways plane this morning.

London Fire Brigade sent fire engines to the scene after being called at 10.25.

The plane is believed to have been parked at the airport with no passengers on board.

A British Airways spokesman said: “The fire brigade was called as a precaution to an aircraft which was undergoing routine maintenance by our engineers”.