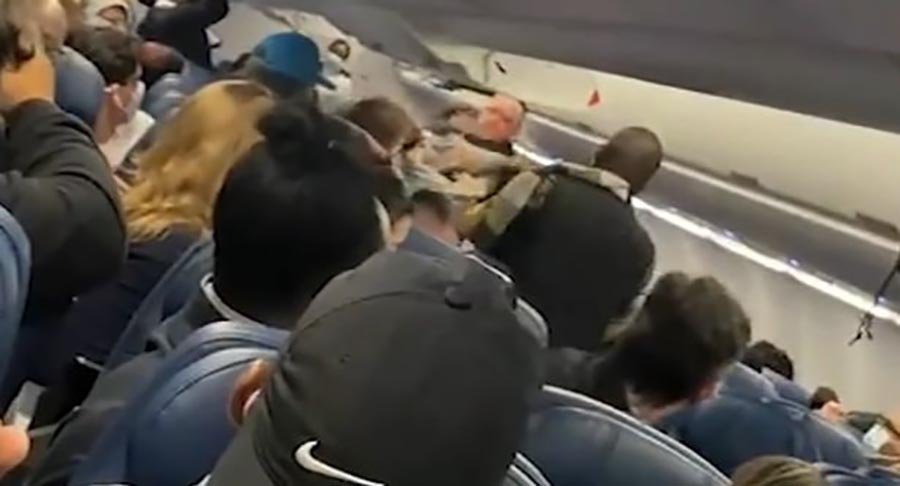 A man was arrested at an Atlanta airport after video captured a brawl between passengers on a plane bound for Los Angeles.

A Delta Airlines passenger was arrested Friday morning at Atlanta’s Hartsfield-Jackson International Airport after he fought another passenger on a plane headed to Los Angeles, according to local police.

Curtis Maurice Clayton, 30, was arrested on charges of battery and interference with government property, the Atlanta Police Department said in a news release.

Police said the fight began when Clayton started to argue with German Montez, the man sitting behind him on the plane. Clayton allegedly became upset over Montez placing something in the pocket of his seatback and a dispute escalated into a fight.

Video of the fight, which is now the subject of an investigation, showed two men scuffling in the aisle as a few people tried to stop the brawl. One of the men appeared to have blood on his face.

Clayton was restrained by a passenger, according to the news release.

Police said Clayton was “uncooperative” with officers and damaged a police vehicle during the investigation.

The incident is the latest in an alarming spike in disorderly behavior among passengers on flights since the start of the pandemic.