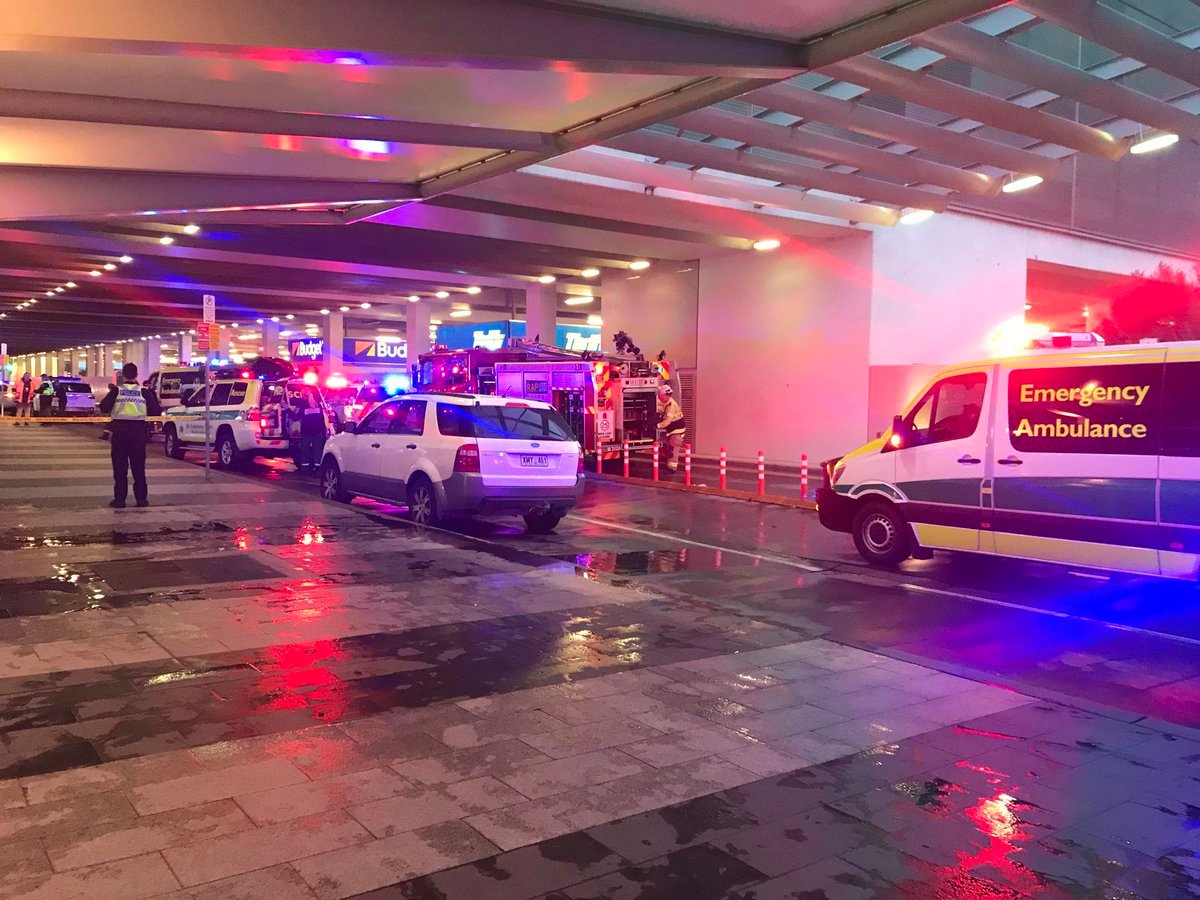 A primary (elementary) school aged child and 3 adult males have been injured at Adelaide Airport after an out of control car caused a chain reaction crash at the passenger drop off outside the terminal. Police, fire fighters and multiple Ambulances were called to the airport at 5.15pm local time.

Police and emergency services are currently at the Adelaide Airport following a crash where three pedestrians have been struck – pick up/drop off down to one lane – https://t.co/1zkYYPRMd4

Three people have been rushed to hospital after a driver ploughed into pedestrians and parked cars at Adelaide Airport drop off zone. It’s currently closed as paramedics treat the injured. @9NewsAdel pic.twitter.com/OR54t1xO0X

The drop off area was closed while South Australia Police (SAPOL) attend. The incident is thought to be accidental, with latest reports suggesting the driver suffered a medical episode. SAPOL’s Major Crash Unit has been called in to investigate.