ALERT Chaos Reigns at Nepal’s Only International Airport in Kathmandu 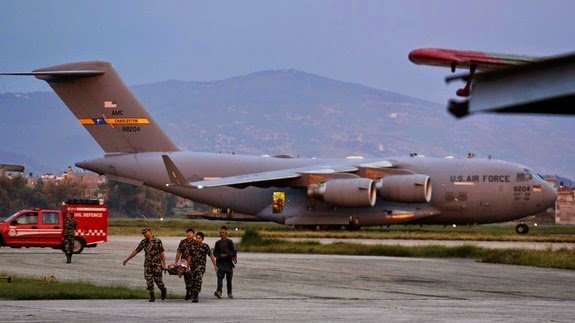 Kathmandu airport is a total mess

The Tribhuvan International Airport in Kathmandu, Nepal typically handles 40 flights per day, but in the aftermath of the magnitude 7.8 earthquake, that number has nearly doubled.

Military and emergency relief crews are trying to get in, while travelers who have been stranded since the disaster are struggling to get out.

There are more than 15 international flights waiting to land at Kathmandu airport on hold for more than 2 hours. @airlivenet #NepalEarhquake
— rajunepal.com (@rajunepal) April 27, 2015

Magnitude 5.1 earthquake hits on the border of India and Nepal

Chaos prevailed at Nepal’s only international airport in Kathmandu today with hundreds of people waiting to be evacuated from the earthquake-ravaged country as India and other nations scurried to bring back their panic-stricken citizens.

While 2,500 people have been evacuated so far, scores of people, largely Indians were lined up at the Tribhuvan International Airport to board commercial and special defence aircraft to return home.

Given the huge rush, priority is being given to women, children and senior citizens and those injured.

“There is chaos inside the airport as well, people are fainting because of the anxiety and excessive stress,” said Ekta Adhikari, a doctor at the Kathmandu Medical College.

“Until now, 2,500 Indians have been evacuated. Yesterday 15 flights ferried Indians trapped in the country, the exercise will continue till most of these people are evacuated,” Prabhat Singh, a senior official of the Indian High Commission, told PTI.