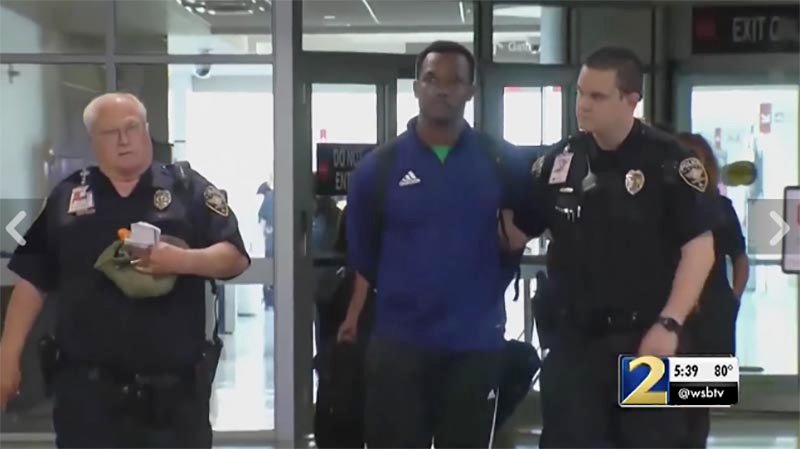 An Atlanta-bound Delta flight had to be diverted to Tulsa, Oklahoma, after a disturbance midflight.

The flight crew reported a disturbance with a passenger and requested law enforcement help. Flight #DL1156 was flying from Portland to Atlanta.

Delta said the unruly male passenger was detained by airport police and is being questioned by the FBI.

One passenger told ABC News the man was singing and dancing in his seat and ignoring flight attendant orders to quiet down. He refused to stop even when approached by multiple flight attendants so the pilot made an emergency landing.

The passenger who spoke to ABC said the man screamed, ‘God is coming,’ as police took him off the plane.

“Delta flight 1156 from Portland to Atlanta diverted to Tulsa due to an unruly passenger. The flight landed without incident in Tulsa and the customer was met by law enforcement. Delta is working to prepare the aircraft to continue on to Atlanta. Delta apologizes to our customers delayed by this diversion.”