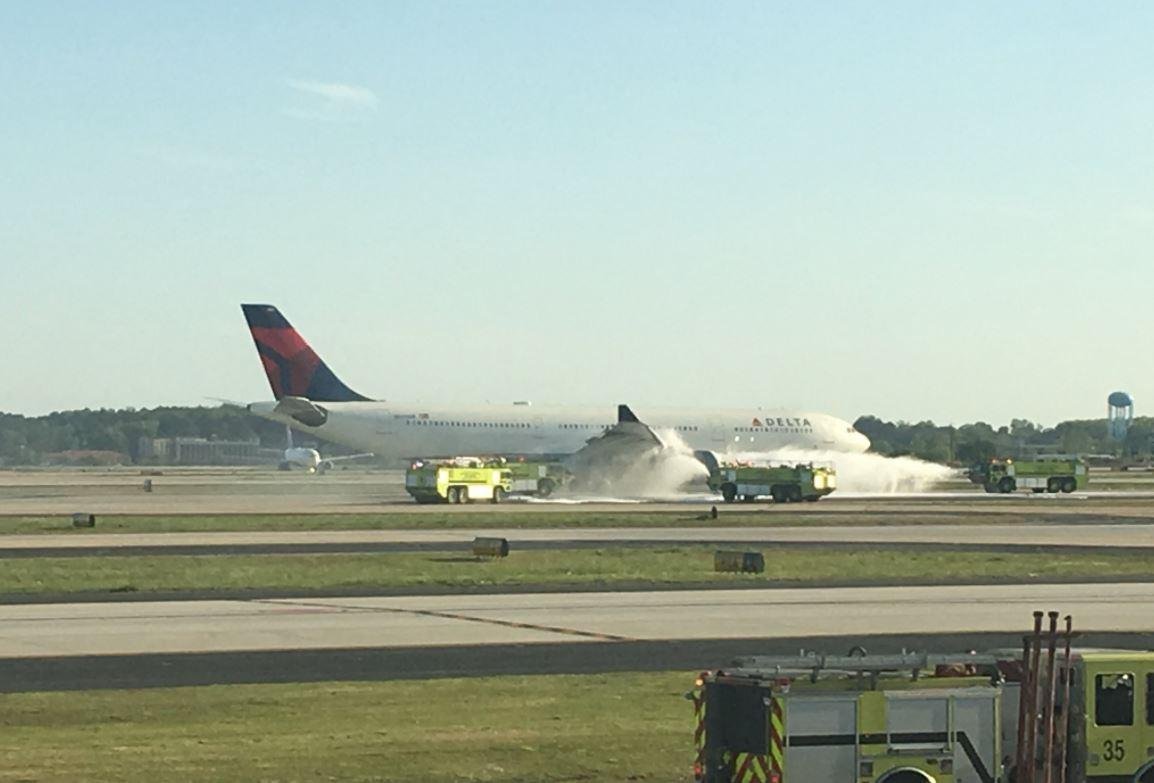 After landing on runway 27R fire service foamed the smoking engine. All 288 on flight #DL30 to London unhurt.

Delta flight 30 from Atlanta to London declared an emergency shortly after takeoff. The AirbusA330-300 (reg. N822NW) took off at 5:51 p.m. Delta Airlines said the plane had problems with its number 2 engine. 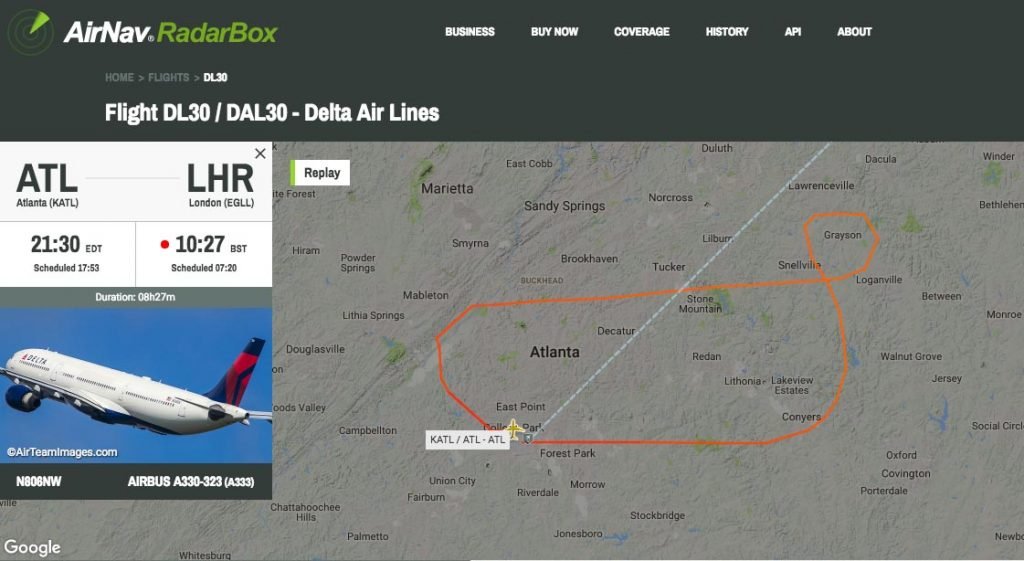 Officials said the flight declared an emergency. The plane turned back to the airport around Stone Mountain and made a successful landing at 6:34 p.m.