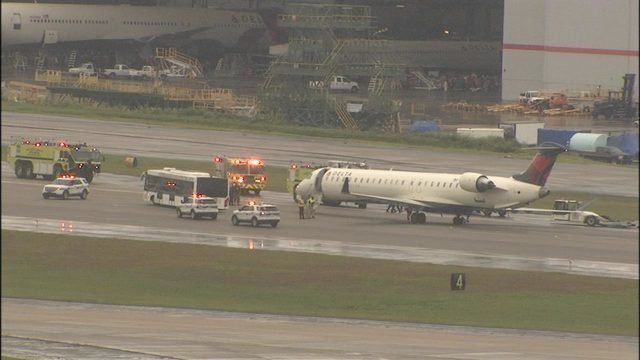 Passengers from Delta Airlines were removed from a plane after a blown tire at Hartsfield-Jackson International Airport in Atlanta.

Officials confirmed the plane for Delta flight 5508 blew the tire on the runway Wednesday. The flight was headed to Tulsa.

Passengers were transported by bus back to the terminal.
Delta released a statement :

“ExpressJet flight 5508, operating as Delta Connection from Atlanta to Tulsa, aborted takeoff at approximately 9:22 a.m. ET at Hartsfield-Jackson International Airport after two tires deflated. Passengers were safely deplaned through the main cabin door and transported back to the terminal on buses as maintenance crews work to tow the plane off the runway. Passengers have been accommodated on another aircraft that will continue on to the original destination.”