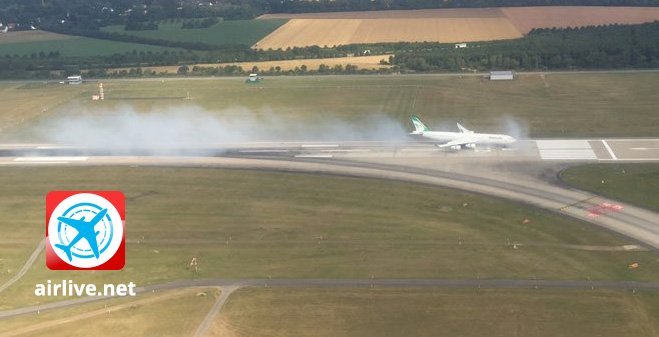 According to Düsseldorf Airport, an incident occurred with an Airbus A340 of the Mahan Air, which also led to a temporary shutdown of the airport.

On Thursday at 9:46 local, a technical problem on the landing gear resulted in an incident during landing of an Airbus A340 of the Mahan Air, the airport reported.

There was a smoke on the tires. The airport fire brigade was working on the aircraft still on runway.

All 81 passengers were able to leave the aircraft by stairs. Two flights were diverted to Cologne.

Operations continued with south runway until the Airbus A340 was towed off the runway.