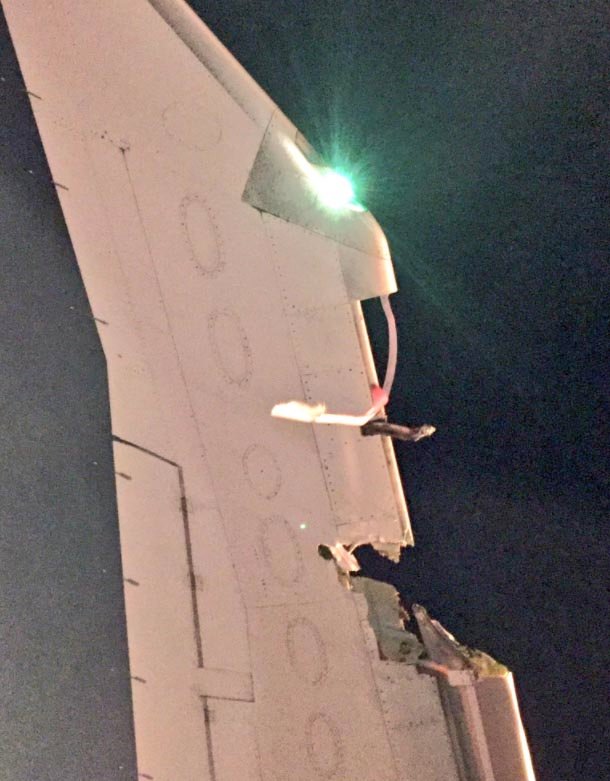 Last night at JFK Airport, an Egypt Air Flight #MS986, a Boeing 777 on its way to Cairo, was moving on a taxiway when its right wing touched the left wing of Virgin Atlantic Airlines Airbus A333 flight #VS4 to London Heathrow.

#PAPD ARFF Unit responded to Taxiway K, JFK, at 7:05 pm, Monday, 11/27/17. An Egypt Air 777 clipped the wing of a Virgin Atlantic A330. Both planes were to depart, returned to Terminal 4. No passenger injuries reported. pic.twitter.com/1UcciXCTZ8

The Egypt Air plane returned to the terminal area unassisted but the Virgin Atlantic plane had to be towed. 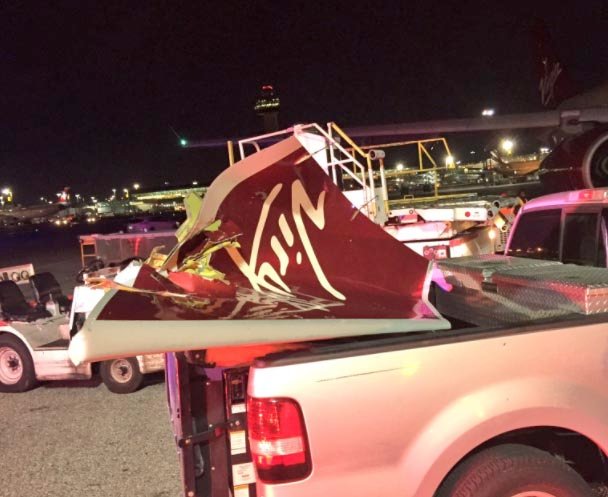 It appears from the air control recording that the Virgin Atlantic pilot told the tower that he had a problem that he needed to work out before he could take off, so he pulled off to the side, but apparently not far enough.

The FAA is investigating.