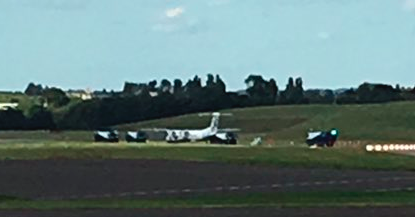 Flybe DHC8 #BE1274 from Amsterdam to Manchester diverted to Birmingham airport due to landing gear issue. Emergencies services met the aircraft on the runway.