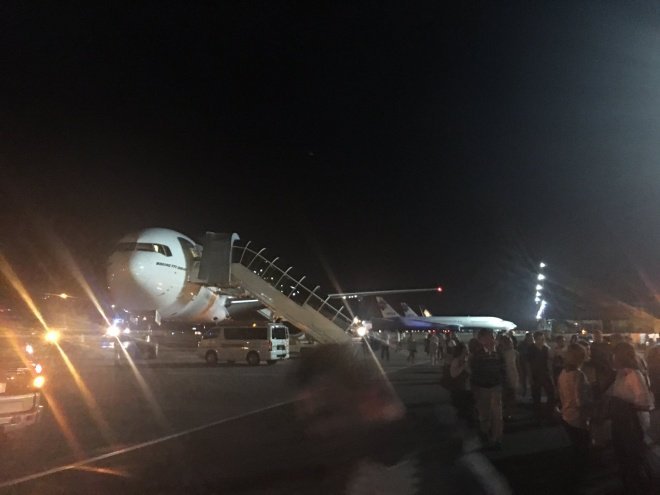 EmiratesBoeing 777-300ER flight #EK653 enroute to Dubai returned to Maldives few minutes after take off for an emergency landing in MLE airport with 362 passengers on board.