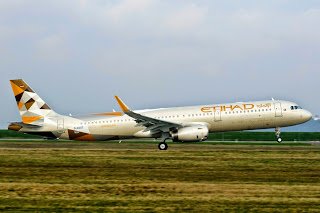 An Etihad Airways plane travelling from Egypt to the United Arab Emirates has been diverted after reports of a bomb threat.

The airline said the flight from Cairo to Abu Dhabi was redirected to land at a Dubai air base for “security reasons”.

It did not specify the security reasons but the Saudi-owned al Arabiya channel said it was a bomb threat.

After the Airbus A321 landed safely at Al Minhad air base Etihad tweeted that it “was searched by security officials, but nothing of a suspicious nature was found”.

The airline said the 128 passengers were subject to a security screening in the terminal before being allowed to board coaches to Abu Dhabi airport.