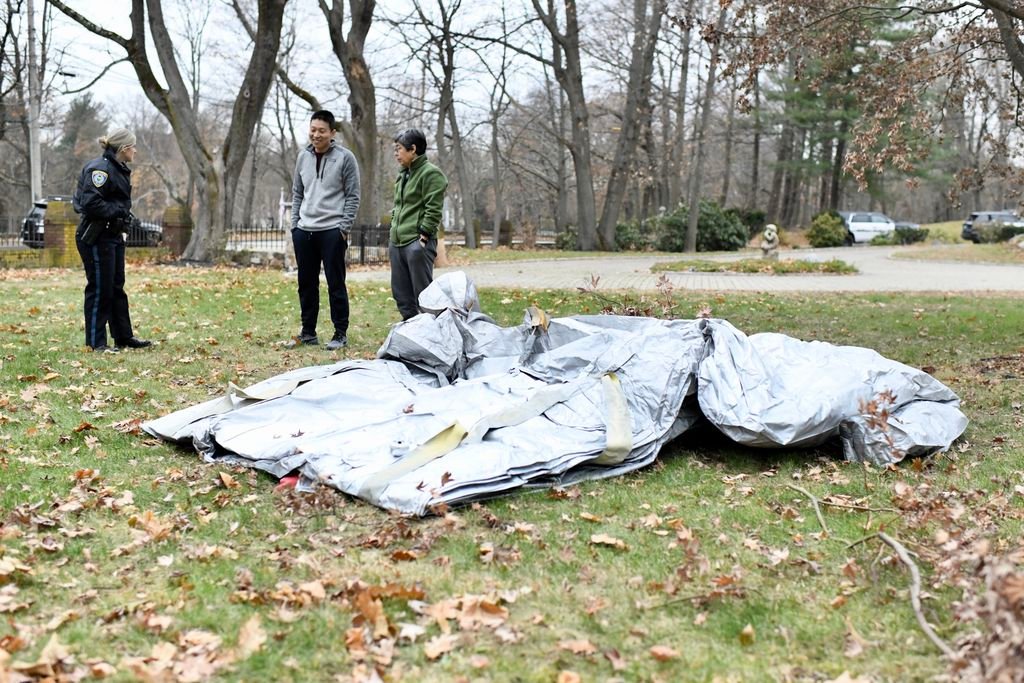 The Federal Aviation Administration is investigating after an evacuation slide fell off a plane and landed in a Milton backyard on Sunday.

The pilot of Delta Air Lines Flight 405 from Paris, France, reported a loud noise as the plane approached Boston Logan International Airport around noon, according to the FAA. Workers discovered that the right rear slide was missing after the plane had landed safely.

Milton police later alerted the FAA that the slide had been found in a resident’s backyard. No injuries or damage to the property were reported, officials said.

Delta Air Lines said in a statement that maintenance crews were inspecting the plane.

“Delta is investigating an inflatable over-wing slide that was retrieved following an aircraft’s landing into Boston’s Logan Airport,” the statement said. “The flight landed without incident and taxied to the gate under its own power.”