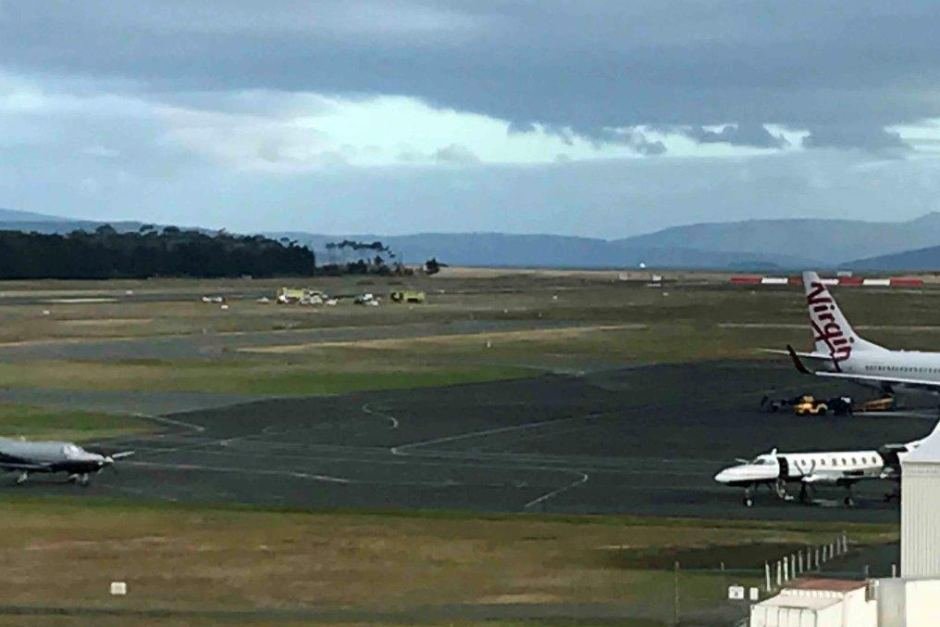 A single-engine AS350BA Squirrel helicopter owned by RotorLift Aviation has crashed at Hobart Airport just before 5:30pm local time. One person has died with another critically injured. RotorLift operates the Tasmanian Police helicopter, flies tours and does flight training. An eyewitness told media that the helicopter appeared to “nosedive towards the ground” from about 200 metres. Inspector John Ward from Tasmania Police has told media that it appears the helicopter has broken in half.

Police and emergency services are responding to a serious helicopter crash at Hobart Airport with two people… https://t.co/R4LBhAxAiA

The crash was witnessed by people at the terminal and ground staff. All flights out of Hobart Airport are cancelled until further notice, with some passengers being bussed to Launceston Airport. The Australian transport Safety Bureau has launched an investigation and is sending 2 investigators to the scene. The ATSB has asked that any witnesses call them on 1800 020 616.

The ATSB is investigating the fatal accident of an AS350BA Squirrel helicopter at Hobart Airport this evening. More: https://t.co/0Xhzhta5Rv pic.twitter.com/UQL6N1HPWd