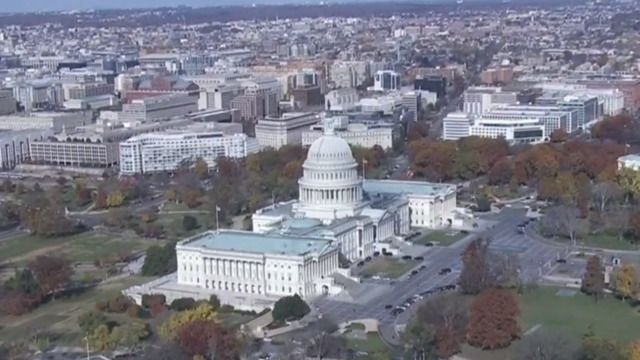 A message threatening to fly a plane into the Capitol building to avenge the death of Iranian general Qassem Soleimani was broadcast on air traffic control frequencies on Monday afternoon.

The FBI and FAA are investigating the message that was heard by multiple air traffic controllers in New York, according to CBS.

The threat, delivered via a digitized voice, said: ‘We are flying into the Capitol Wednesday. Soleimani will be avenged.’

The threat was made almost one year to the day after the death of Soleimani, who was killed in a U.S. drone strike ordered by President Donald Trump.

It is not yet clear who sent the message and the threat is not believed to credible, CBS reports, but the Pentagon and other agencies were briefed on Tuesday.

It is being investigated as a breach of aviation frequencies, which is a crime.