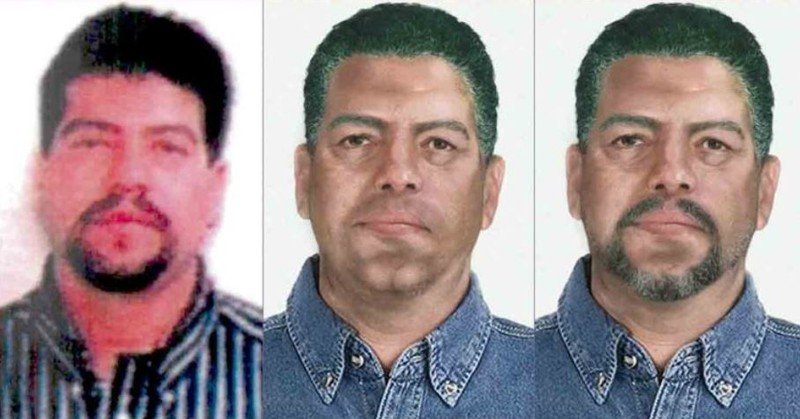 The FBI has announced a $US10,000 reward for information leading to the arrest of Mauro Ociel Valenzuela-Reyes in relation to the crash of ValuJet flight 592 in 1996.

Valenzuela-Reyes worked for SabreTech, a maintenance contractor for ValuJet. It is alleged he mishandled oxygen generators that were found to responsible for the crash of the DC-9 into the Florida Everglades.

If found, Valenzuela-Reyes will face charges of disobedience and resistance to lawful order and command of the United States District Court for the Southern District of Florida, and failure to appear for trial, making false statements to the Federal Aviation Administration and the US Department of Transportation, conspiracy to make false statements and causing the transport of hazardous materials.

For more than 20 years, @FBIMiamiFL has been searching for Mauro Ociel Valenzuela-Reyes, a #fugitive airline mechanic who may have had a role in the fatal crash of a ValuJet Airlines passenger plane in the Florida Everglades in 1996. https://t.co/gdN5OrFxGE pic.twitter.com/qvXhgN15rA

The published NTSB report shows that ValueJet 592 took off at 14:04.09 local time, 1 hour behind schedule. At 14:10.03 the flight crew noticed an electrical problem and made the decision to return to Miami at 14:10.22. By 14:10.25 the CVR picked up shouts of fire, fire, fire from the passenger cabin. At 14.10.32 the flight crew advised departures they needed an immediate return to Miami. At 14:10.58 a female flight attendant came into the flight deck to say they needed oxygen in the cabin and at 14:11.12 she was heard on the CVR saying “completely on fire”. At 14:11.38 the flight crew advised ATC they needed the closest possible airport. Starting at 14:11.45 there was an interruption of 1 minute and 12 seconds to the CVR recording. There was a further and final loss of CVR 14 seconds after the recording resumed at 14:12.57. The aircraft crashed approximately 10 minutes after take off.

The NTSB found that a fire started in the forward cargo hold after 1 or more of 100 oxygen generators were improperly packaged, stored and placed in the forward cargo hold by SabreTech. The cannisters were incorrectly marked as empty and did not have safety caps on. The cannisters used a chemical process to generate oxygen, and in the process also generate heat. The heat ignited at least 1 of 3 DC-9 tyres the aircraft was carrying as company cargo. It is believed at least 1 tyre exploded, which caused the electrical problem the crew first noticed.

It also found that ValuJet had not properly overseen the maintenance program.

ValuJet was grounded 11 June 1996. The airline resumed operations on 26 September 1996 after having their fleet cut by 70%. After suffering financial trouble they merged with the parent company of AirTran Airways, with the company taking the AirTran name. On 27 September 2012 Southwest announced it would buy and integrate AirTran. The last AirTran flight was on 28 December 2014 after the integration was complete. All 3 airlines retired flight number 592.

The FBI Press Release in full:

For more than 20 years, the FBI’s Miami Field Office has been searching for a fugitive airline mechanic who may have had a role in the fatal crash of a ValuJet Airlines passenger plane in the Florida Everglades in 1996.

The mechanic, Mauro Ociel Valenzuela-Reyes, worked for the airline’s maintenance contractor, SabreTech. He was facing federal criminal charges in 1999 after crash investigators determined he had a role in the mishandling and packaging of oxygen generators that were placed in the DC-9’s cargo hold. The generators, which were missing their required safety caps, ignited in the cargo area, causing the crash that killed all 110 passengers and crew members aboard.

“He fled before trial,” said FBI Miami Special Agent Jacqueline Fruge, who has been the primary agent on the case since it began.

Hoping to generate new leads, FBI Miami recently announced a $10,000 reward for information leading to Valenzuela-Reyes’s capture. A new wanted poster shows an array of photos of the fugitive as he appeared in 1996 and how he might appear today.

“We want closure,” said Fruge, who worked closely with the victims’ families in the days and years after the crash.

ValuJet Flight 592 had taken off from Miami International Airport on May 11, 1996, when the pilot reported a fire in the cargo area about 10 minutes into the flight. The plane was returning to the airport when it pitched nose-down into the shallow, marshy waters of the Everglades.

Fruge vividly recalls video taken by responders in the hours after the crash—the eerie calm of the crater, the jet fuel, and the enduring image of shoes in the surrounding sawgrass and muck. “It just went to pieces,” she said.

The immediate investigation proved challenging—both to determine the cause of the crash and to identify the remains of the plane’s occupants. In some cases, Fruge asked victims’ families to provide personal effects that might contain latent fingerprints that could be matched with remains found at the crash scene. A baby album helped investigators identify one woman who was a young mother. Fingerprints in a playbook helped identify a football player.

Victims’ families have marked anniversaries of the crash by visiting a memorial site built in 1999 for the third anniversary. On the 20th anniversary in 2016, FBI Miami issued a press release reminding the public that Valenzuela-Reyes was still on the run. He has connections to Atlanta, Georgia, where his ex-wife and kids have resided, and Santiago, Chile, where he has family and may be residing today under a false identity.

“We’ve tried over the years to find him,” said Fruge, who has been a special agent for 29 years and hopes to close this case while it’s under her watch. “It bothers me. I’ve lived and breathed it for many, many years.”

The crash investigation, led by the National Transportation Safety Board, ultimately led to new aircraft safety standards. Two other SabreTech employees who were charged in the criminal case were acquitted. If captured, Valenzuela-Reyes would face charges related to the crash and additional federal charges, issued in 2000, for fleeing and failing to appear at his trial.

Fruge said she hopes the new reward and poster—which is being circulated in Chile as well as the U.S.—might lead to a tip that brings the fugitive to justice and some peace to the victims’ families.