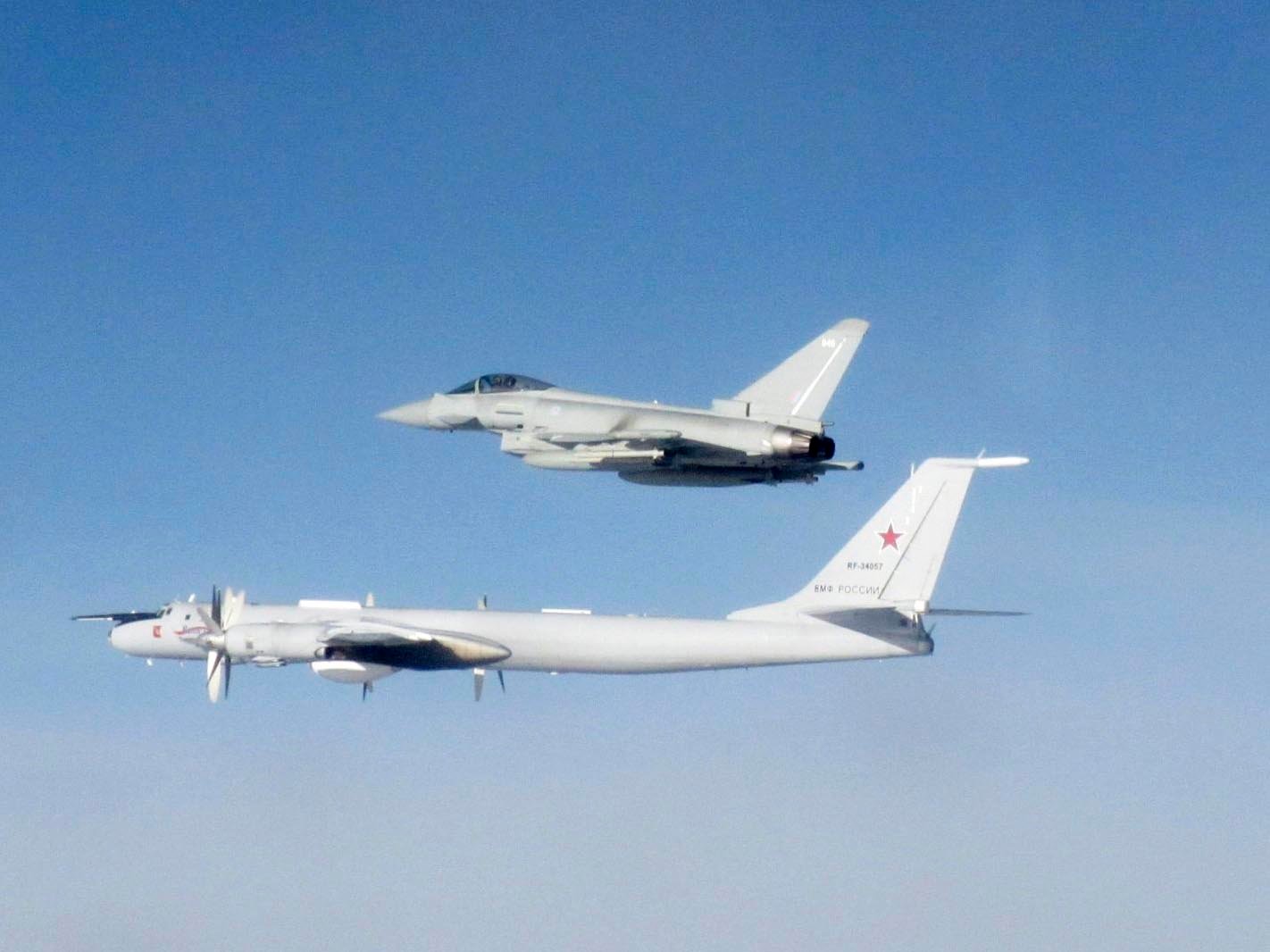 Quick Reaction Alert at RAF Lossiemouth and RAF Coningsby was scrambled today to intercept Russian long range aviation as it entered the UK’s area of interest.

The Typhoons were supported by a Voyager tanker from RAF Brize Norton. At no point the Tu-142 aircraft entered UK sovereign airspace.

The Russian aircraft were shadowed by RAF Typhoons along with aircraft from our NATO partners in Norway and France.