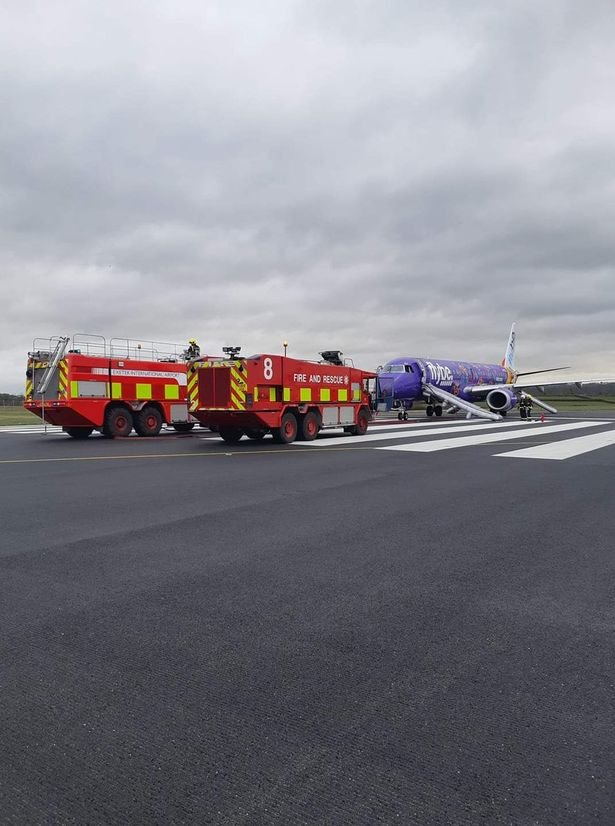 Flybe flight #BE4321 from Exeter to Alicante was preparing for take-off on the runway at around 8am when the pilot detected a problem and the cabin began to fill with smoke.

More than 100 passengers were evacuated from a Flybe flight at Exeter Airport today after the engine made a loud banging noise and the cabin filled up with smoke.

A Flybe spokesman said: “Flybe can confirm that the above flight scheduled to operate from Exeter International Airport to Alicante experienced haze in the cabin just prior to take off.

Exeter Airport confirmed the runway was closed and emergency services vehicles were dispatched. On site fire crews were backed up by Devon and Somerset Fire and Rescue.