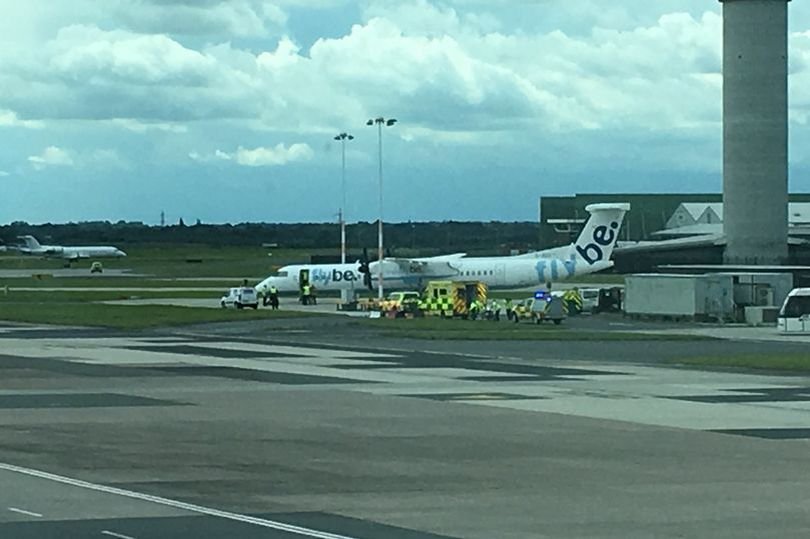 A pilot fell suffered a hart attack during a flight and had to be taken away on a stretcher after his plane was forced to make an emergency landing.

The FlyBe flight touched down at Manchester Airport this afternoon mid-way through the journey from Inverness to Jersey.

The first officer, who was second in command of the Dash 8 aircraft, was met by paramedics from an ambulance waiting on the ground at the airport.