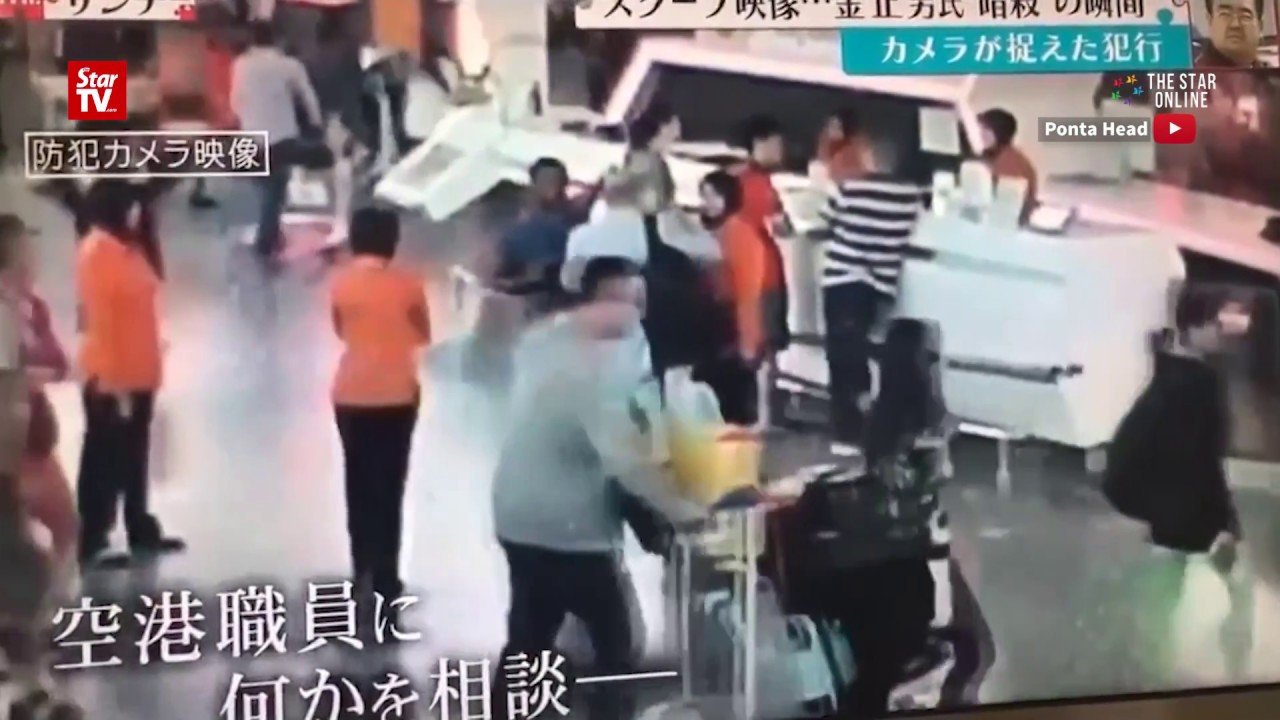 CCTV footage shows the moment the half-brother of North Korean leader Kim Jong Un was brazenly murdered by a woman in front of bystanders in a busy Malaysian Airport.

The video begins with Kim Jong Nam arriving at the concourse in Kuala Lumpur International Airport in a light jacket and carrying a backpack.

Kim, who was preparing to fly to Macau, goes to a ticket machine while the suspects are also shown lurking in the vicinity.

She reaches around appears to target his face, possibly with a poisoned cloth or spray while still standing behind him.