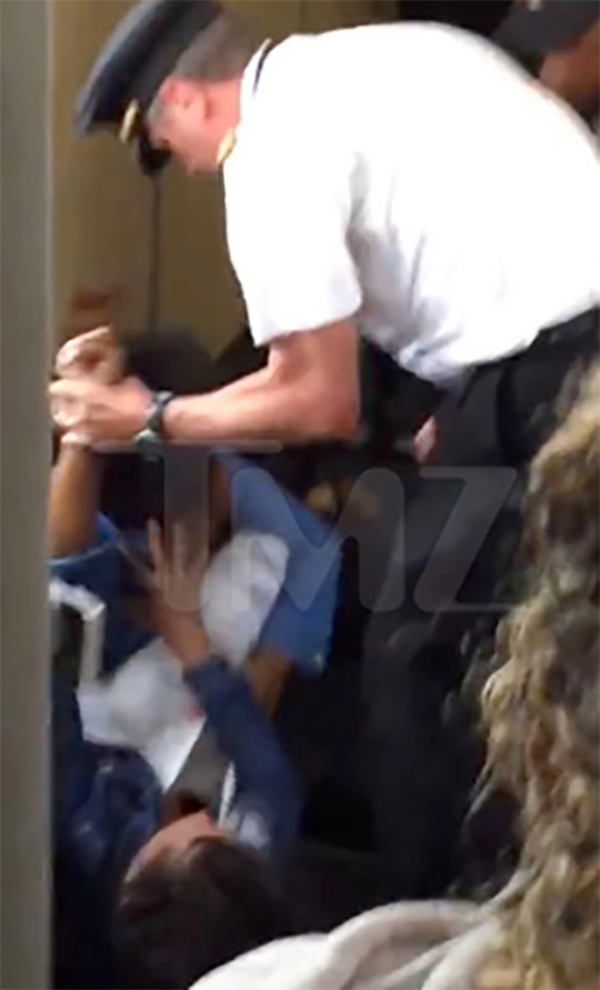 A video released by TMZ appears to show a pilot from Delta Airlines trying to intervene in a fight between two women. The pilot steps into the drama just long enough to punch one of the women and walk away.

The incident went down sometime on April 21. The plane had just landed and the passengers were leaving the jetway when 2 women started fighting. The pilot appears and tries separating the women. He then grabs one of them by the arm and hits her.

Delta comment to TMZ: “We became aware of this incident and a video last week and immediately removed the pilot from duty while we completed a thorough investigation”.