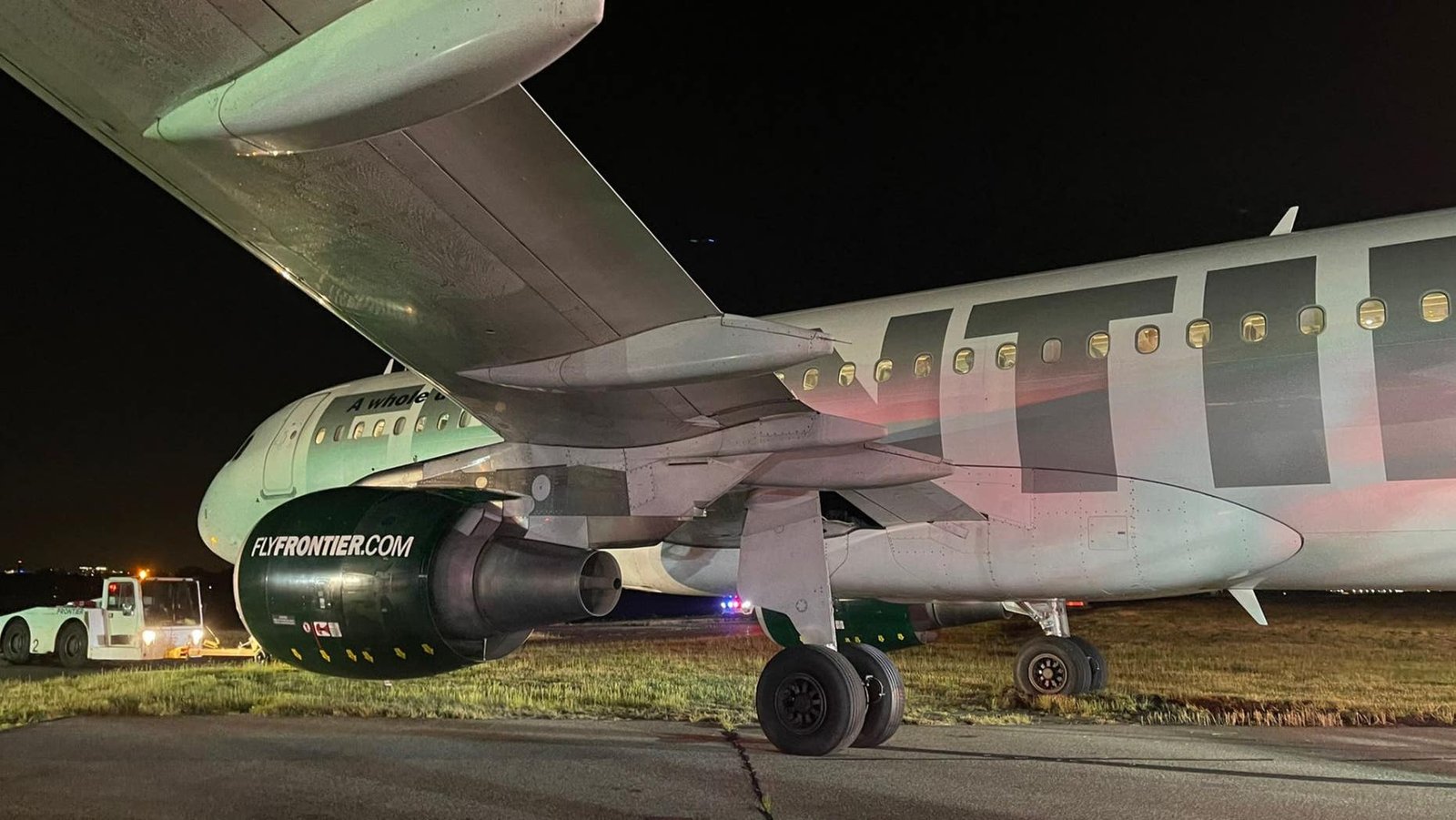 A Frontier Airlines Airbus A320 suffered a runway excursing after landing at Washington-Ronald Reagan National Airport.

The Airbus A320-200, with registration N213FR, was performing flight F9538 from Denver International Airport to Washington-Ronald Reagan National Airport with 157 people on board, including six crew members.

The Frontier Airlines jet skidded off the end of the runway and came to rest to the right side of runway 01 with all gear into the mud on Friday night.

Although no injuries were reported, the aircraft sustained minor damages. The runway was closed to air traffic after the A320 overshot the runway.

The Ground speed was 161 knots at the approach threshold whereas, at runway midpoint, it was about 145 knots.