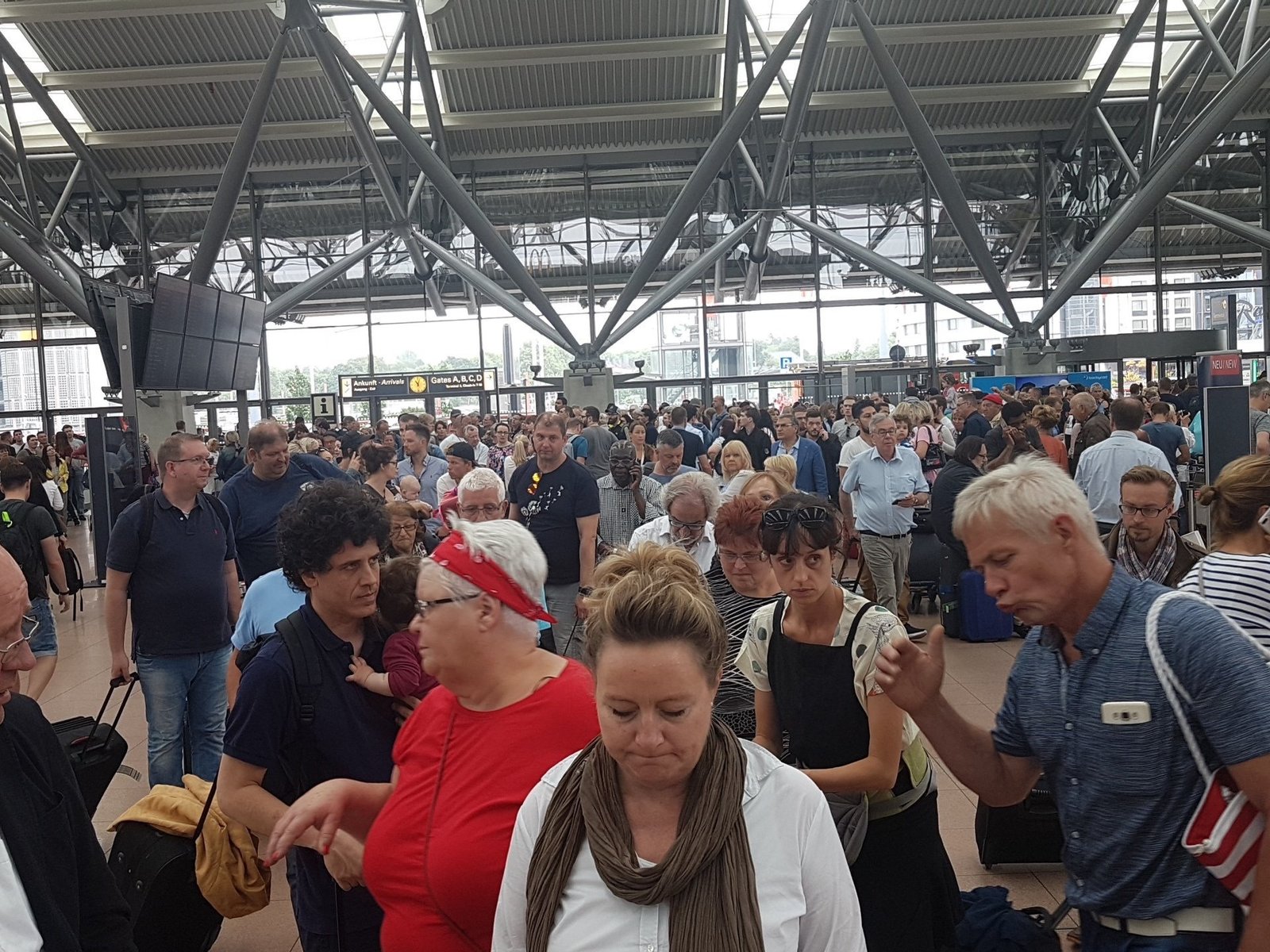 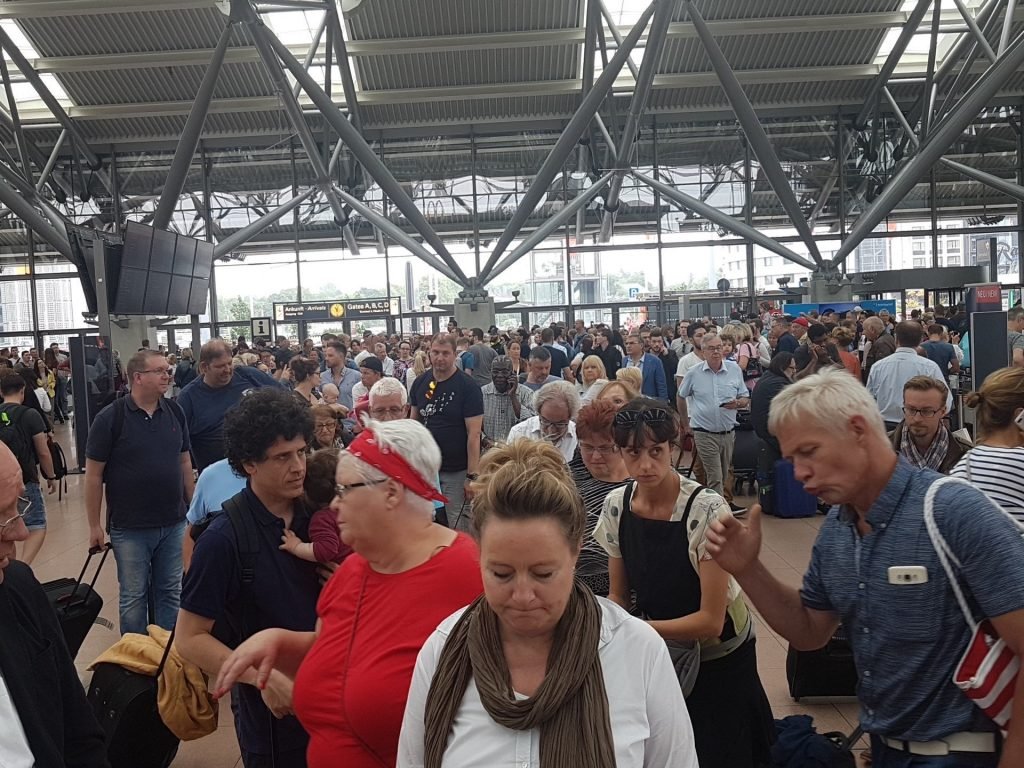 Hamburg Airport is closed due to a major power failure.

All passengers have been evacuated from both terminals at the German airport.

Few flights were able to take off, however the Airport is closed for all arrivals since around 10 am local time. Ground handling was stopped immediately. An earlier statement said: “We are currently working on finding a solution“.

Now it was announced that the Airport will remain closed for the entire rest of the day. Police has blocked all access roads.

Update, 16:00 pm: The airport is forced to suspend flight operations for the rest of today. It was not possible to correct the error. Hamburg Airport requires redundant power supply to ensure save flight operations. (1/2)

The blackout was caused by a short circuit, which is reportedly the reason why standby power supply does not work.

Thousands of travellers are affected. Hamburg Airport handles around 50,000 passengers each day on average.