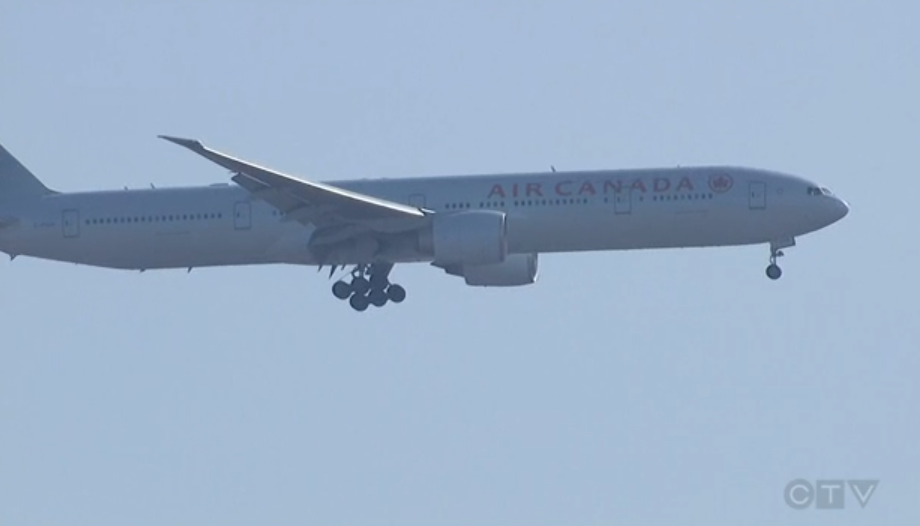 A passenger jet that left Toronto on Monday morning for Hong Kong was forced to turn around over Georgian Bay to land at Pearson airport.

Air Canada Flight 15 had to turn back due to a problem with a cargo door latch.

The Boeing 777 landed safely on runway 23 at Toronto Pearson International Airport just before 12 noon ET, though emergency services were standing by in case of incident.
Prior to landing, ACA15 was seen flying low over Lake Huron, likely to dump some of its fuel. Pilots make fuel dumps ahead of emergency landings to reduce risk of fire and lighten the aircraft’s weight.
Landing weight can be a problem if a plane takes off with maximum takeoff weight then has to stop short of its destination as the plane wouldn’t have had time to consume the fuel. Heavy landings can cause structural damage to the aircraft.