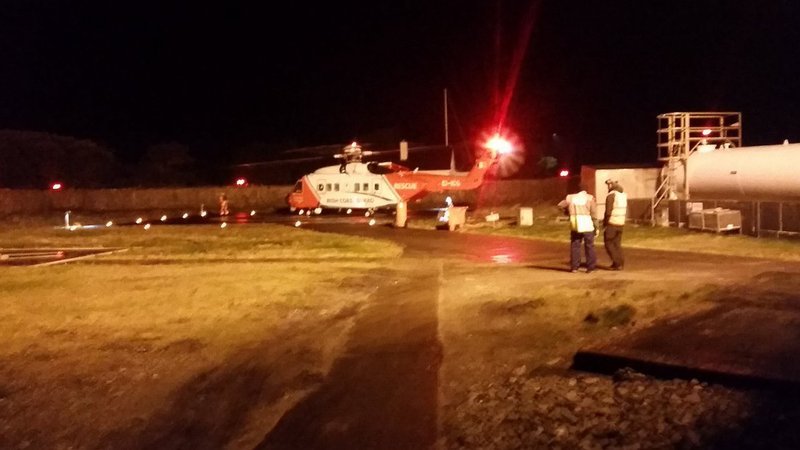 A major sea SEA search has been launched off the coast of Co Mayo for a Coast Guard helicopter.

The Coast Guard confirmed contact was lost at 1am with the Dublin-based Rescue 116 SAR helicopter. The helicopter has four crew members on board.

SAR helicopters from Sligo and Shannon are involved in this morning’s search, along with an Aer Corps plane, lifeboats from Ballyglass and Achill and five local fishing boats. 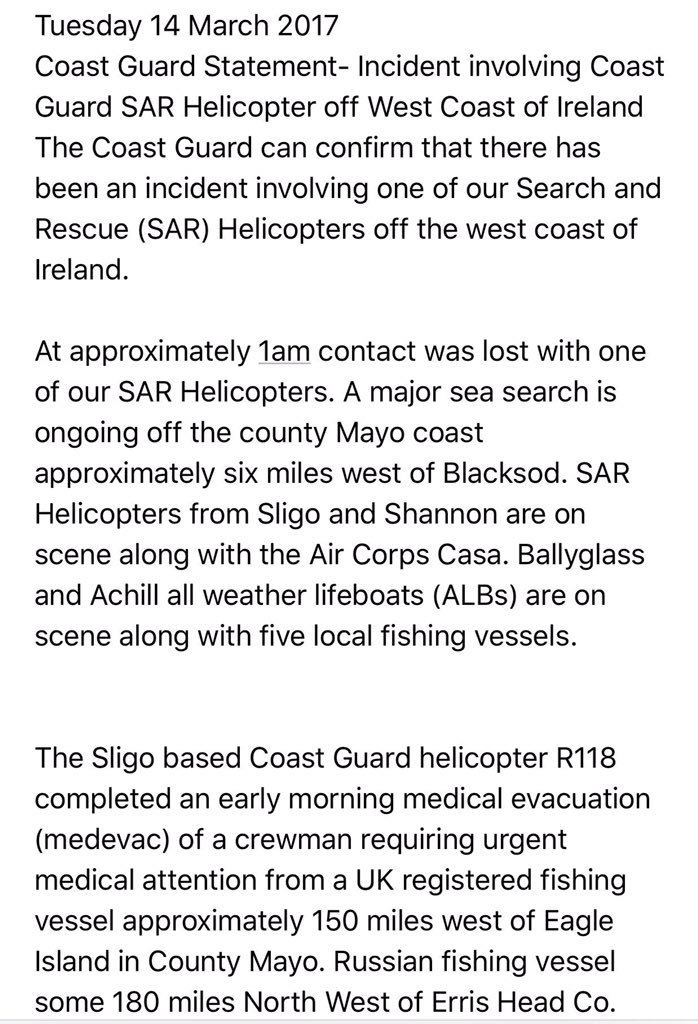