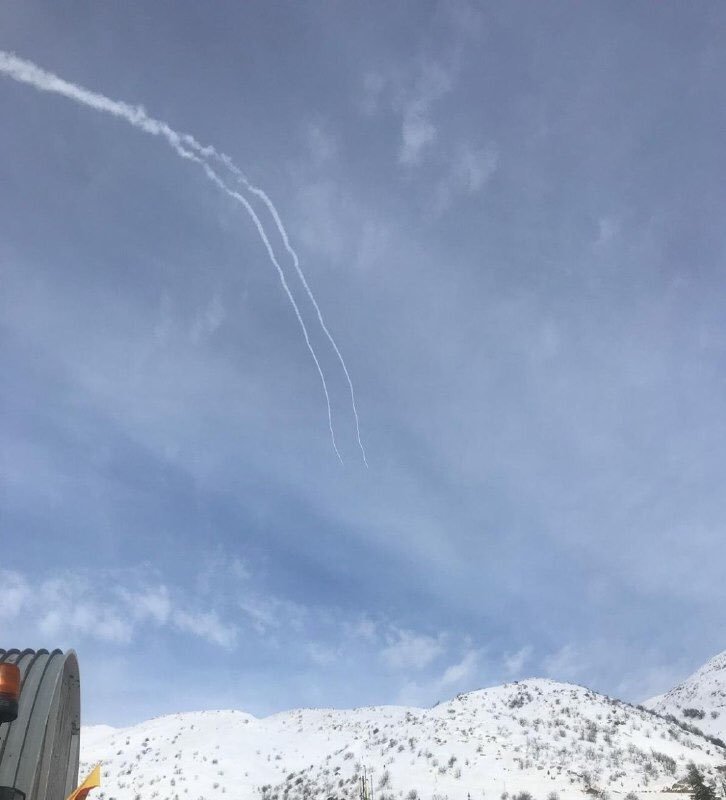 Syrian state media on Sunday accused Israel of conducting a rare daylight missile attack in and around Damascus, triggering the country’s air defenses.

Local Syrian media said the targets of strike were in Damascus International Airport and in the town of al-Kiswah, south of the capital.

The Russian military, which is allied with Syrian dictator Bashar Assad, reiterated the Syrian claims, saying the incoming attack had been blocked by the country’s air defenses.

According to Syrian opposition media, approximately 10 missiles were fired at targets near the airport and in al-Kiswah.

During the exchange, the Iron Dome missile defense system intercepted an incoming projectile from Syria, which was heading toward the northern Golan Heights, the Israel Defense Forces said.

Mahan Air flight #W5142 from Tehran was en route to Syria on Sunday afternoon. The Airbus A310 (reg. EP-MNX) turned back following the reported Israeli strikes.

Mahan Air has been identified by defense officials as one of the cargo carriers suspected of ferrying war materiel from Iran to Syria. As a result, it is subject to sanctions by the US Treasury Department.