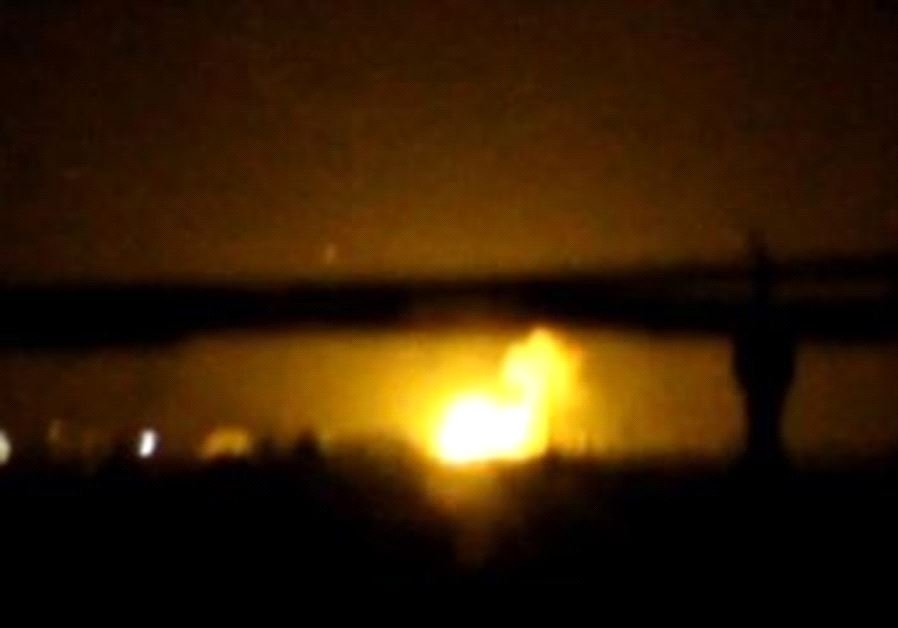 Syrian rebel and intelligence sources said Israel struck an arms supply hub on Thursday operated by the Lebanese Hezbollah group near Damascus airport where weapons from Tehran are regularly sent by commercial and military cargo planes.

Israeli Intelligence Minister Israel Katz, speaking from the United States, where he has been meeting U.S. officials, to Israeli Army Radio: “I can confirm that the incident in Syria corresponds completely with Israel’s policy to act to prevent Iran’s smuggling of advanced weapons via Syria to Hezbollah in Iran. Naturally, I don’t want to elaborate on this.”

Lebanon’s al-Manar television, which is affiliated with Hezbollah, said early indications were that the strikes hit warehouses and fuel tanks and had caused only material damage and no human casualties.