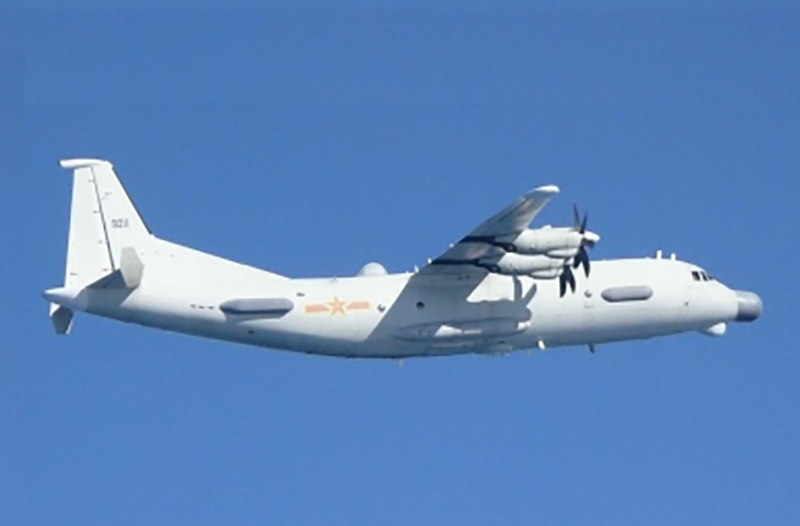 This is the third time that the JASDF has scrambled fighters to intercept and monitor a PLANAF Shaanxi Y-9JB electronic warfare and surveillance aircraft.

The Y-9JB aircraft, an upgraded variant of the first-generation Y-8DZ and Y-8G electronic reconnaissance planes, first entered service with the PLANAF in 2004. In 2015, the aircraft was reportedly retrofitted with a 5,000-horsepower 6C turboprop engine with six-blade composite propellers to enhance its range and endurance.