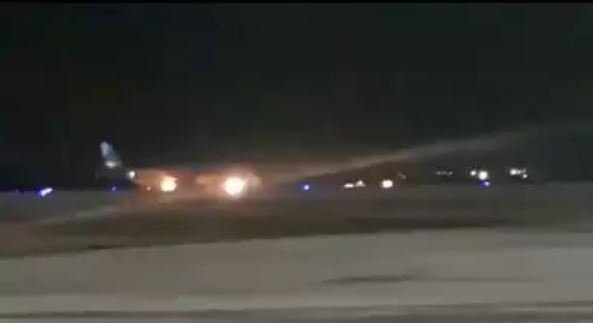 All 145 passengers were evacuated safely. The right side engine caught fire due to technical snag soon after landing and approaching the taxiway.

The fire gradually came under control, an airport spokesman said.