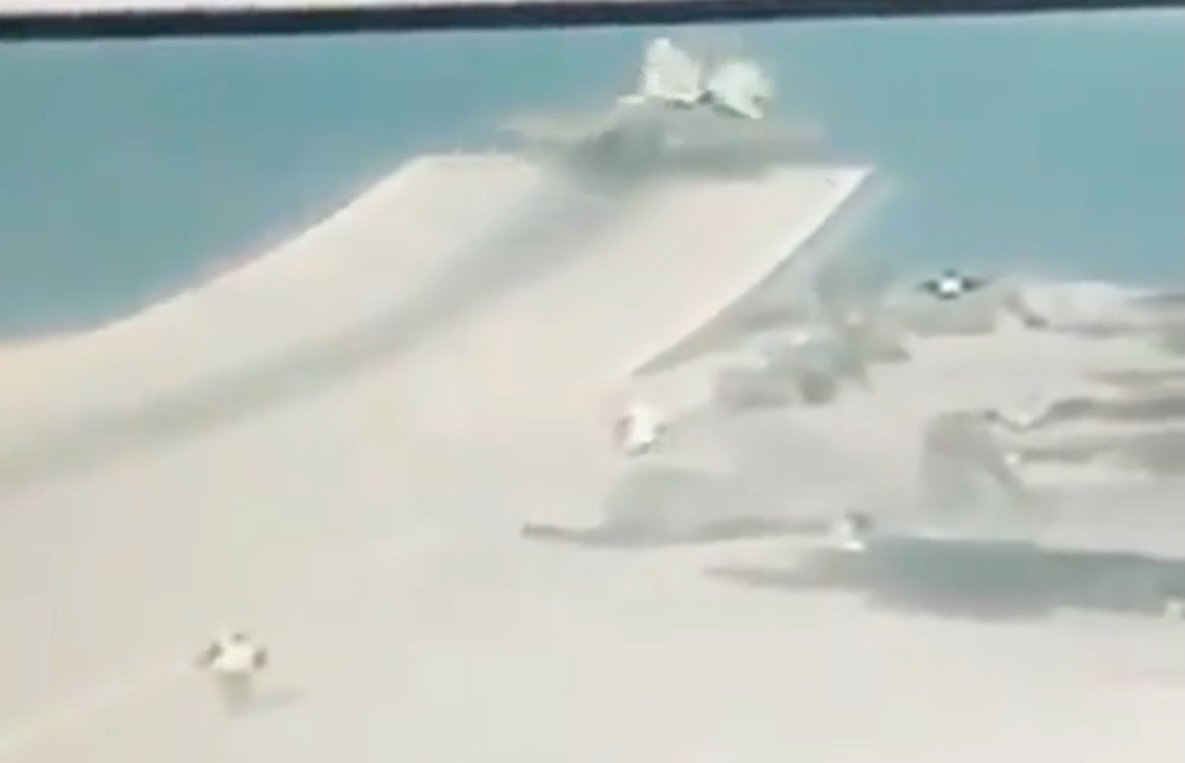 A Twitter user sourced the video from a Royal Navy WhatsApp group and claimed that the original footage is from the ship’s visual surveillance system.

A new video posted to Twitter purports to show the F-35 British fighter jet crashing into the water during takeoff as its pilot ejects.

The jet, which was docked on the HMS Queen Elizabeth aircraft carrier, crashed into the Mediterranean Sea on November 17, 2021, around 10 a.m. GMT, and it was one the first time the UK has lost one of its 24 F-35 warplanes, according to the report.

The expensive F-35 fighter jet plunged into the Mediterranean sea after a cheap plastic cover was reportedly kept on as the Royal Navy hunt for wreckage which contains top secret technology.

The user claimed to have sourced the video from a Royal Navy WhatsApp group, and stated that the original footage is from the ship’s visual surveillance system.

“We are aware of a video circulating online,” the Ministry of Defence told PA Media journalist Henry Jones. “It is too soon to comment on the potential causes of this incident.”

The MoD continued, “The recovery efforts are ongoing and the Defence Accident Investigation Branch will report back their preliminary findings in due course.”

The video shows the plane losing speed as it climbs the runway, so much so that it immediately drops instead of taking off. The pilot’s parachute is visible as he ejects, and smoke billows around the ramp and sea.