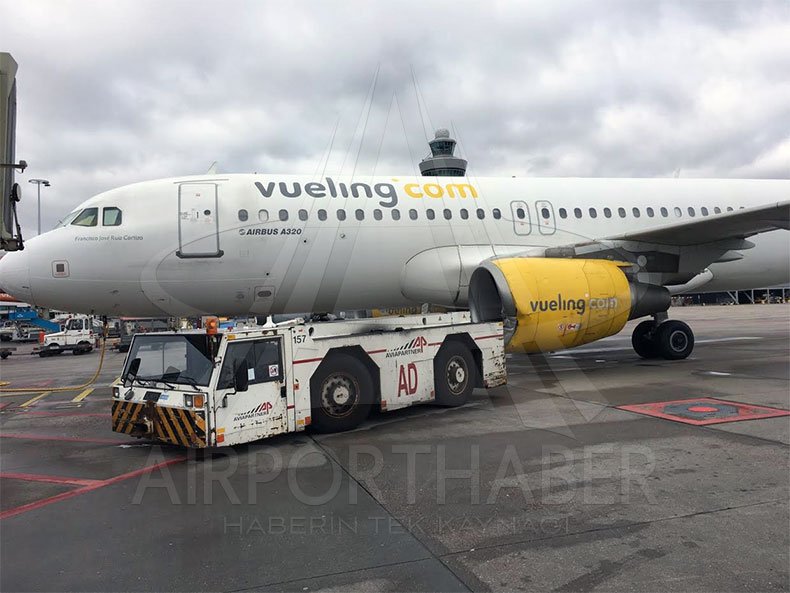 Left engine of Vueling A320 was hit by tow truck at Amsterdam Airport.

After landing, the truck of Aviapartner company had to move the Airbus to a remote parking. The tow truck violently hit the left engine of the A320. The driver stated that the incident occurred during approach to the plane.

The Airbus A320 left engine cowl will be repaired before the next flight.