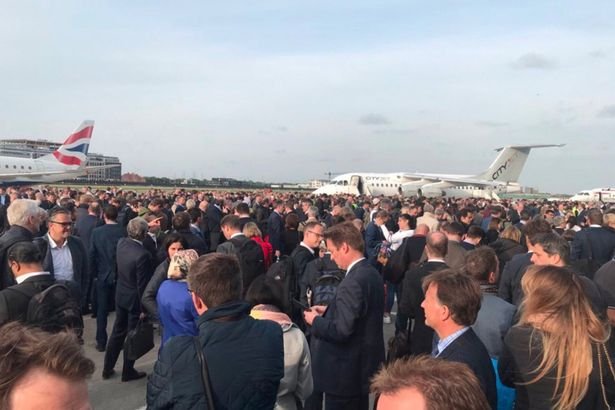 London City Airport has been evacuated with flights suspended and dozens of passengers stranded on the runway.

Fire crews are currently investigating a fire alarm at the airport.

Passenger Kate Pullinger tweeted: “However now London City Airport is being evacuated due to fire alarm so they aren’t letting us off the plane. Tin can rattling violently.”

Following the fire alarm activation, the terminal has been temporarily evacuated. Following an investigation, this has been deemed a false alarm.