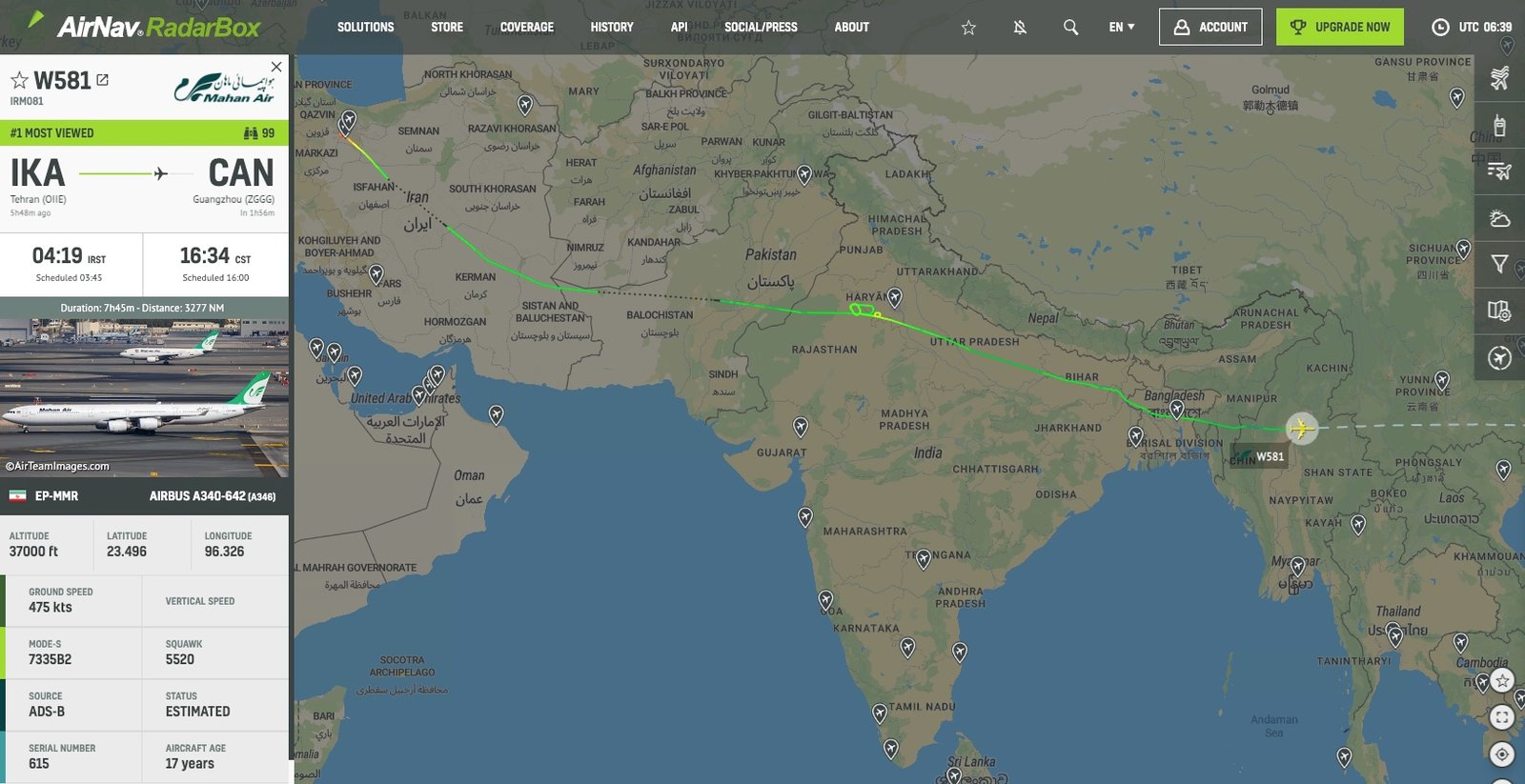 A Mahan Air aircraft had taken off from Tehran, and was headed to Guangzhou in China when it received a bomb threat.

While in Indian airspace- Mahan Air contacted Delhi airport ATC after it received the bomb threat. The pilot asked permission for an immediate landing at Delhi.

#BREAKING: A passenger of EP-MMR, an Airbus A340-642 of #MahanAir had an emergency landing in #Guangzhou following to a bomb threat this morning. The threat was received while the airplane was flying over #India en-route from #Iran to #China. (Credit: F. Raouf) pic.twitter.com/9Ls9tZ7dYa

Delhi ATC suggested the aircraft to go to Jaipur but according to ANI, the pilots refused and left Indian airspace.

While in Indian airspace, Indian Air Froce Su-30 MKIs were scrambled to intercept the Iranian aircraft.