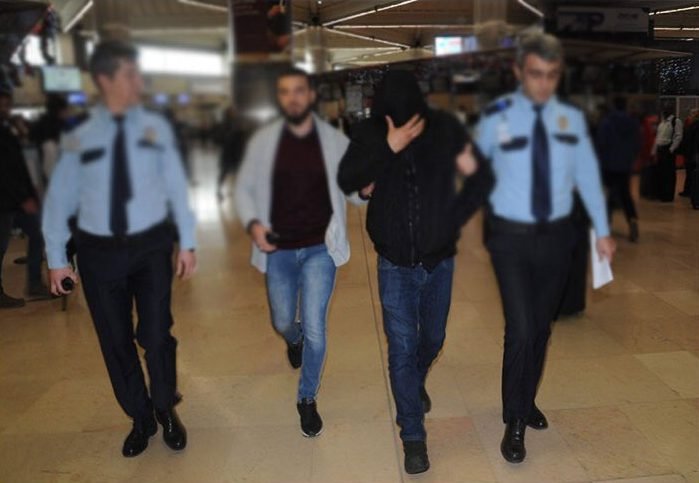 The 28 year old man was arrested by the airport police. Photo Credit: DHA

A man got on board an Onur Air flight without a ticket at Istanbul Atatürk Airport on Monday.

The 28 year old first tried to get on a Turkish Airlines flight without a valid ticket, he managed to get through security checks without required travel documents but got detained by airport police during the boarding process.

He was released shortly after that and got through security again, this time successfully boarding an Onur Air flight to Antalya.

The flight crew noticed him before take off. Police was called to the aircraft, which arrested the man again.

Istanbul Airport is now investigating how the person was able to get through security twice and finally board a flight without having a ticket.

There are unconfirmed reports, saying that the man had helpers who let him on the airfield.