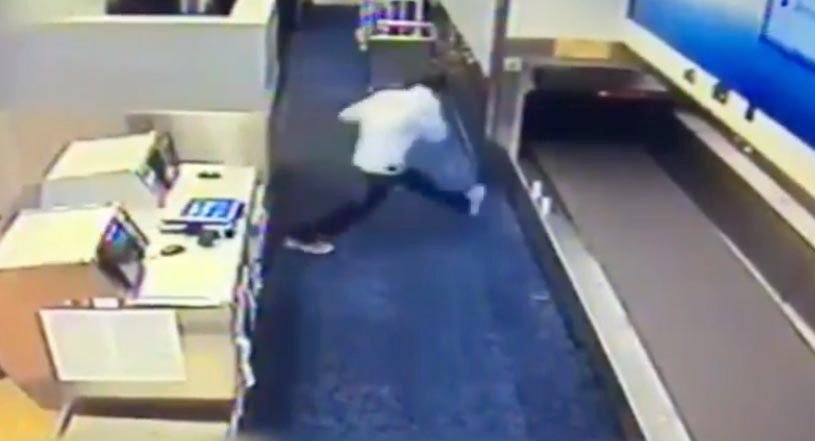 A man pretending to talk on a cellphone made it past Miami International Airport security Saturday, jumped onto a luggage carousel, and sprinted onto the tarmac, exclusive video shows.

The footage shows a man casually strolling past an empty security checkpoint at the American Airlines ticket counter and diving into a luggage conveyor belt.

The man ultimately made his way onto the runway and airport ramp.

In a second video, he is seen being chased by an army of airport employees in neon vests.

And in yet another video, the man is seen being handcuffed by police as he lays on the ground.

The footage was provided to the Miami Herald by a source who wished to remain anonymous.

The unidentified man made it past a highly restricted area that most employees don’t even have access to, the source said.

“Had there been a plane at that gate, this individual could have entered the plane or had access to the aircraft. This is a very restricted area, only accessible to some with very limited access, and he was able to gain access. Very concerning,” the source said.

American Airlines officials confirmed that the incident occurred, but referred any questions to police.

MIA spokesman Marc Henderson said the incident is still under investigation and that it is still unclear if the man was a passenger, employee or scheduled to fly at all.