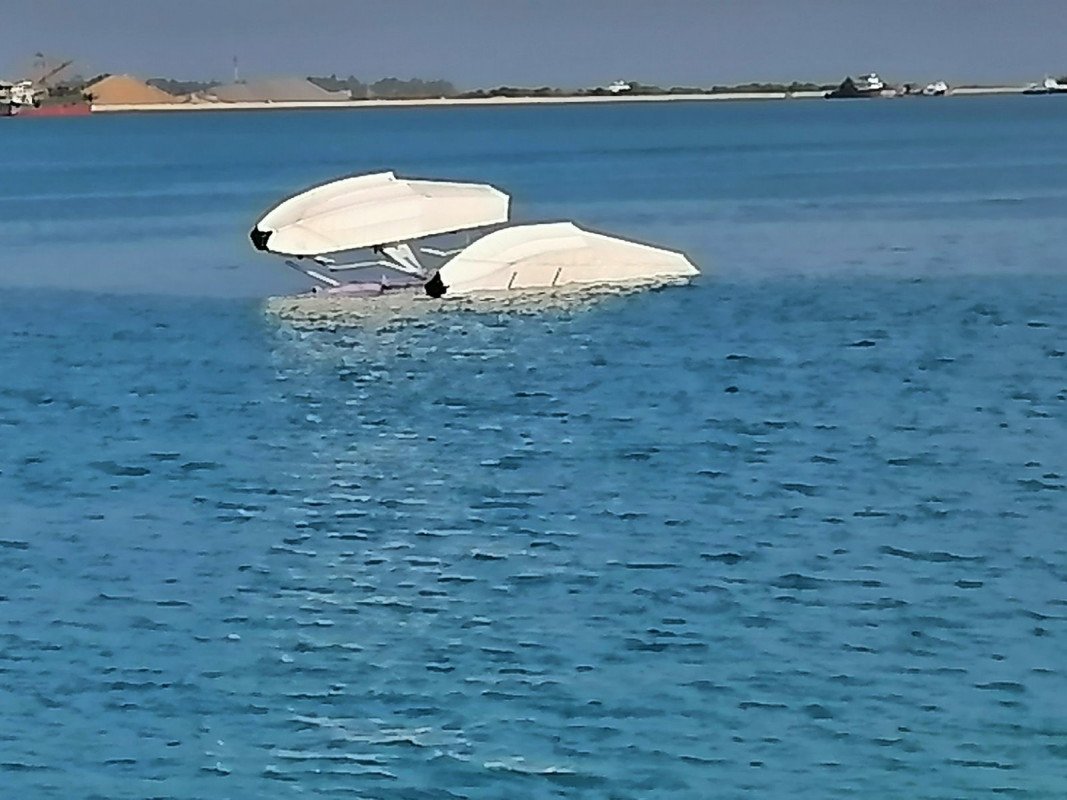 A Manta Air seaplane crash-landed and flipped while landing next to Male Velana International Airport on Saturday,

The de Havilland Dash DHC-6-300 Twin Otter with registration 8Q-RAE was performing flight NR-117 from Como Malifuushi Resort to Male. According to the Maldives National Defense Force, nine people, including 3 crew members, were on board.

Manta Air confirmed that the incident took place at 07:31 am. Two of the nine occupants received minor injuries. All those on board were taken to Tree Top Hospital and Hulhumale’ Hospital and were discharged after medical examinations the same day.

We confirm that a seaplane crash took place while landing at @VelanaAirport at 0731hrs.

While there are no casualties reported, accident investigation & recovery is in progress. Passengers and crew has also been moved to health facilities.